My great-nephew Carson, age 11, participated in a dance recital on June 1st. Doug agreed to man the camcorder for the event, so that we'd be sure to capture Carson's two performances on video. Meanwhile, I wanted the practice with my new camera.

The recital was held in a large Performing Arts Center, and Doug and I were seated in the balcony, five or six rows up from the railing. Of course, the lights were low; and flash photography was forbidden. So it was a challenge to get decent pictures. I practiced on some of the dance groups who appeared before Carson came on stage. 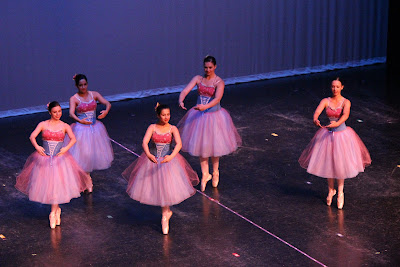 I'll never understand how ballerinas do that standing-on-your-toes thing. 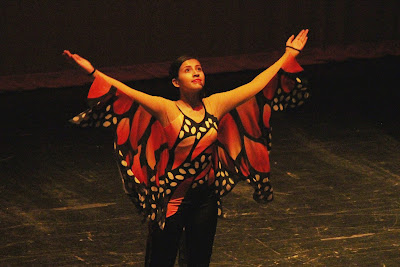 I just loved the Monarch Butterfly costumes in this dance. 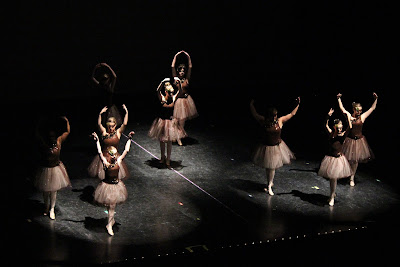 The lighting gave this shot sort of an artsy feel.

Then it was Carson's turn in the spotlight. His first dance was called "Jedi, We Are." 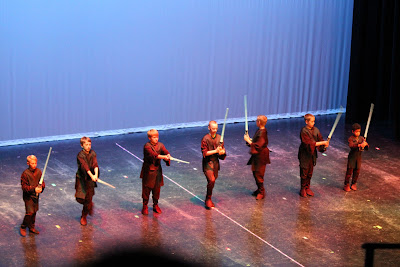 In the above photo, Carson is second from left.


His second dance was a tap dance called "Up and Away." I was doing better with the camera by that time so was able to get some better pictures than I had gotten of the Jedi dance. 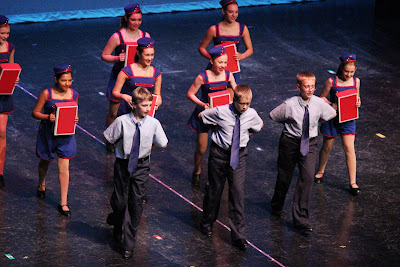 Carson is the boy on the left. 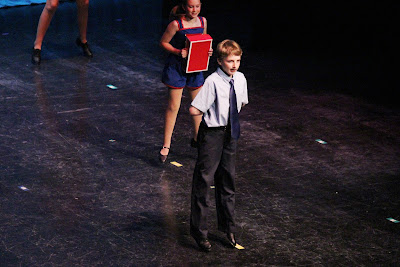 If you look closely, you can see that Carson and the girl behind him are airborne.

Here's a video clip of the tap dance: