We visited Doug's brother, Dennis, last Saturday. He lives a couple of hours from us, and we go about once a month to spend the afternoon with him. Going out to eat is always a part of those visits. Finding a restaurant that we all enjoy is sometimes a challenge, but we've recently discovered a place we can all agree on: a little truck stop with delicious food and a good variety of menu items.

After a very filling meal at Arlene's, we stopped at another place for ice cream. Then we found a little park where we could enjoy a little stroll and some time of conversation on a park bench. The following photos were taken at the John Wilson Park in Athens, Michigan. 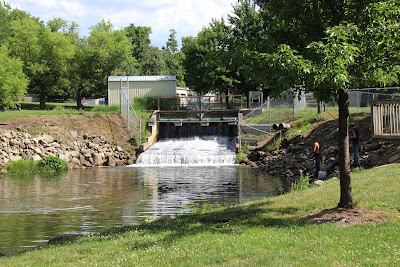 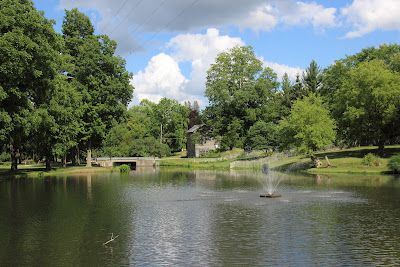 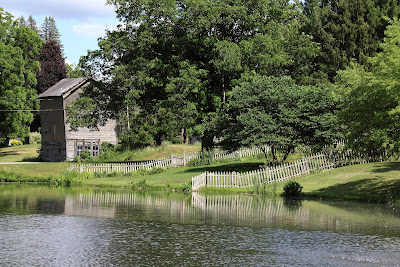 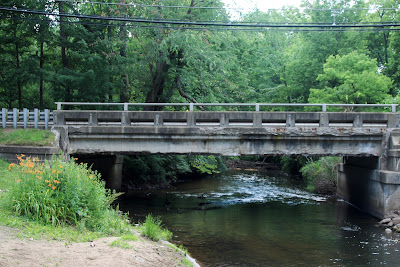 A New (To Me) Dragonfly

Doug found this little visitor on one of our shrubs Thursday night, about nine o'clock. I don't believe I've ever seen a dragonfly quite like this one and hope one of you might be able to identify it for me. 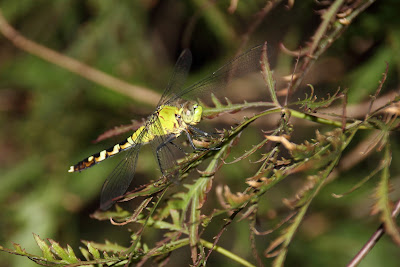 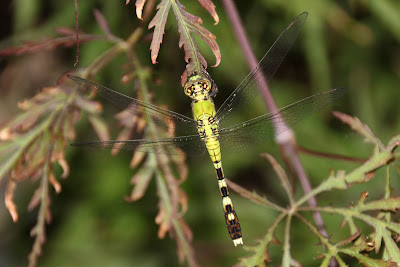 The images aren't the best quality because of the low-light situation and the movement of the dragonfly's perch in the evening breeze. In fact, I had to use a flash, which must have confused this poor little critter because those big eyes were rolling with my every move.

Update 6/25/17: Aha! Persistency in searching the internet has paid off.  I believe this is a female Eastern Pondhawk.
Posted by Linda at To Behold The Beauty at 10:01 PM 16 comments:

Email ThisBlogThis!Share to TwitterShare to FacebookShare to Pinterest
Labels: Dragonflies

But, lest you think I've abandoned the blog completely, here are some photos from some warm, sunny days in June. 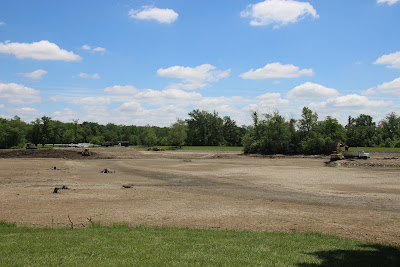 Unfortunately, the lake in the park has been drained this year, to allow construction of a swimming beach. So our afternoons by the lake aren't quite the same this year. For one thing, there's a serious lack of dragonflies, one of my favorite subjects for photographs. And the Canada Geese are doing more hiking than swimming.

Even though the lake has been drained, there is a small area with water in it. Doug and I walked out on the dry lake bed to reach the edge of the water and found several water snakes swimming at the water's edge and moving among the rocks on the shore. (And the park authorities are building a swimming beach???)

After our afternoon at the park, we drove over to Willshire, Ohio, for supper at the Willshire Drive-in, one of our very favorite places to go for ice cream in the summer.

While enjoying our meal (and dessert) at the drive-in, we watched a brave soul painting the town's water tower.


Our drive home that day had to be rerouted due to a fire in what we think was a barn. We drove by the site a few days later. All that was left was a pile of charred debris. There was a house nearby, so we're pretty sure this was a barn.