An Afternoon at Ouabache

We spent an afternoon at Ouabache State Park last week. These are some of the things that caught my eye. 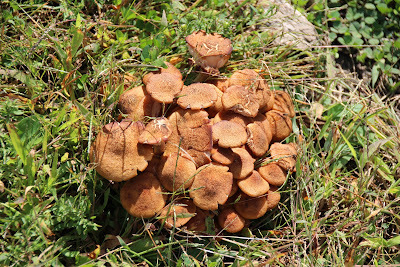 A Cluster of Fungi 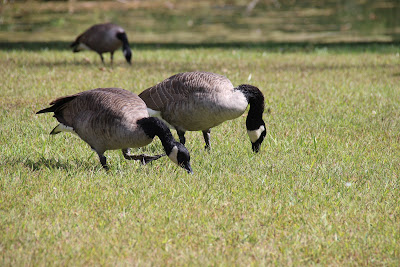 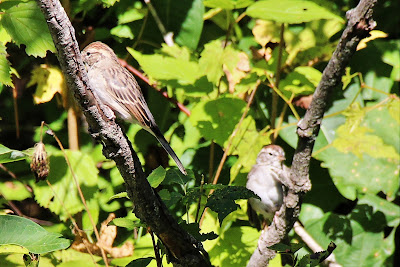 A Pair of Sparrows 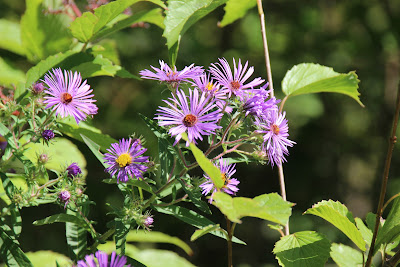 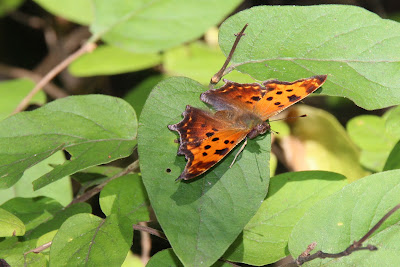 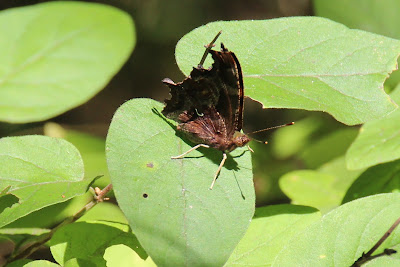 See the little comma on the underside of the wing? 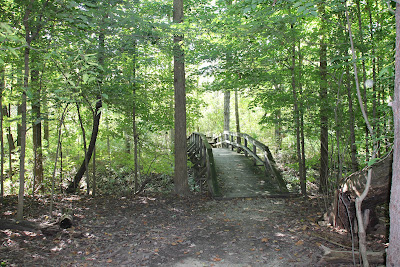 A Footbridge on a Trail We Explored 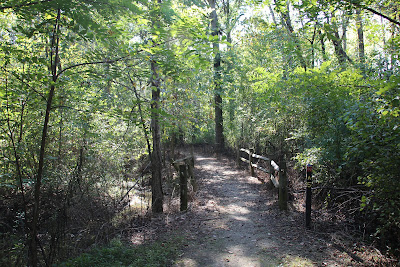 Another Footbridge on the Same Trail 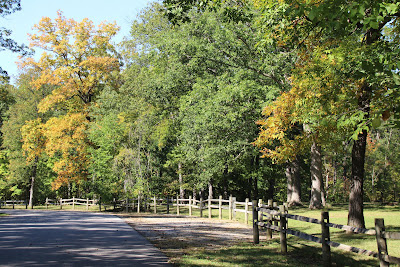 A Touch of Fall Color
Posted by Linda at To Behold The Beauty at 10:56 PM 10 comments:

This set of photos is from earlier this year, when snow was still on the ground...and, in fact, still falling. The first three were taken on February 21, 2015. A hawk had apparently made a kill in our backyard and was alternating between sitting on it and snacking on it. 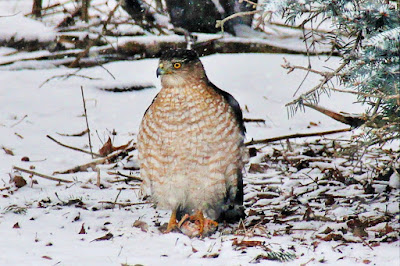 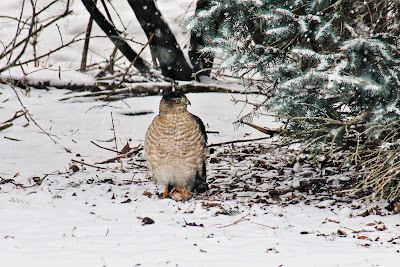 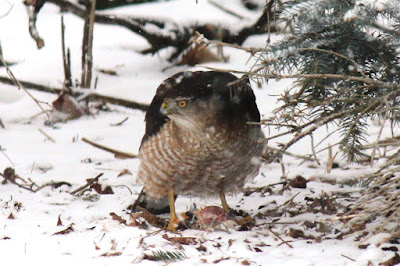 The next three photos were taken on March 24, 2015, a few days into spring, although the rabbit and his robin companions may have been questioning that. 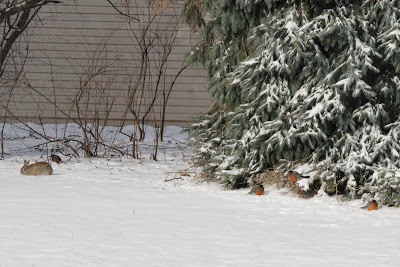 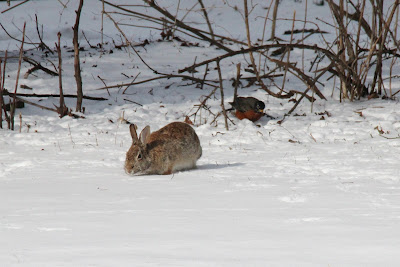 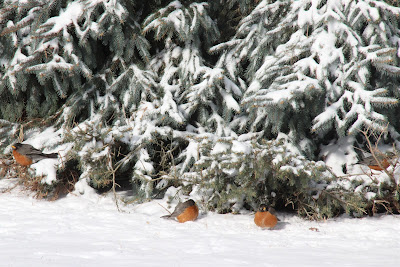 Posted by Linda at To Behold The Beauty at 8:33 PM 9 comments:

As most of you know, Doug and I enjoy spending afternoons at Ouabache State Park frequently during the warm-weather months. I probably wore you out with dragonfly photos during the weeks that they were thick there. So you may be pleased to know that there's not a single dragonfly among the flying things in this post.

Most of these images are from recent visits to Ouabache. I hope you enjoy them. 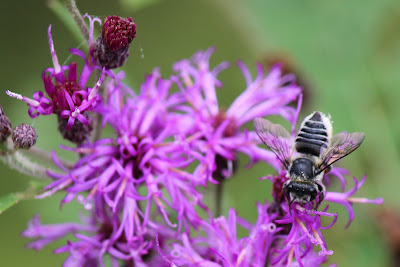 Purple Wildflower and a Pollen-Coated Bee 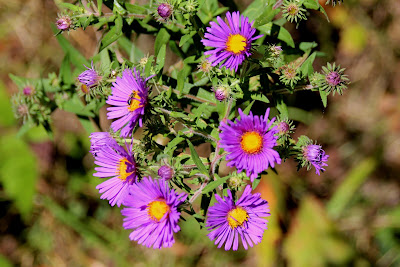 Purple Wildflowers
Monarch Butterflies are so beautiful. I was pleased to have found one today that allowed me several photo opportunities. 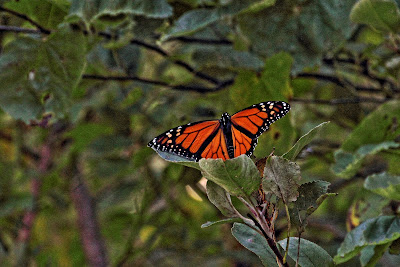 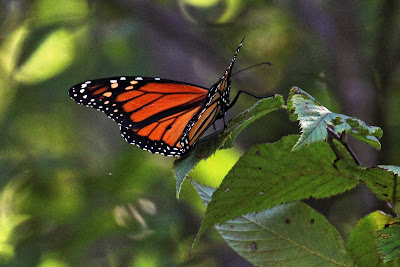 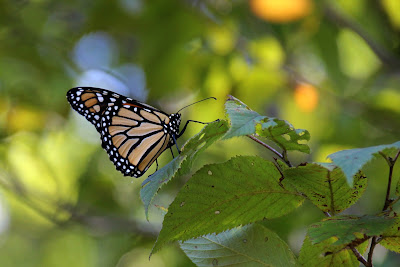 I love their polka dots 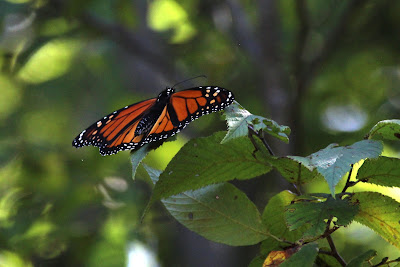 Now, this last photo wasn't taken at Ouabache. This was a moth that Doug found on our house this evening as he was scraping paint from our shutters in preparation for having them repainted. The moth startled Doug when it emerged from behind the shutter that Doug was scraping. 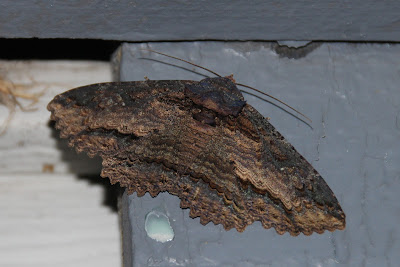 Zale Lunata Moth
Knowing I wouldn't want to miss a chance for a photo, Doug called me to come and see his discovery.

I'm grateful to the organization, Butterflies and Moths of North America, for their help in identifying the Zale lunata moth.

Doug and I were reminiscing today, about various things we'd seen during our many trips to the Smoky Mountains in Tennessee. Among his all-time favorite pictures that I've taken there are these of an owl that we saw one evening, as we neared the end of a hike on the Little River Trail. 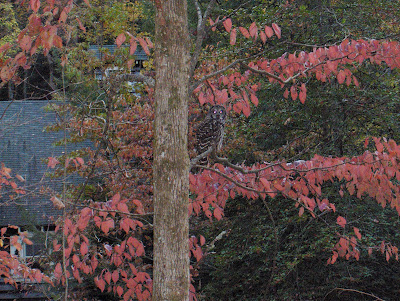 These were taken in November, 2005, with my very first digital camera. It was a little sub-compact, five-megapixel camera, with a 5X zoom, made by Hewlett Packard. I'll bet most of you didn't even know that HP made digital cameras. But that little camera was phenomenal. It became the standard by which we measured later cameras that came into our hands. 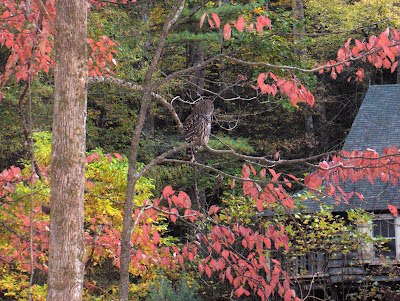 Anyway, these photos are not great quality, but they remain favorites of ours, partly because this is the only time we've ever seen an owl in the Smokies. Doug refers to it as a "demon" owl because of the red eyes caused by the camera's flash. 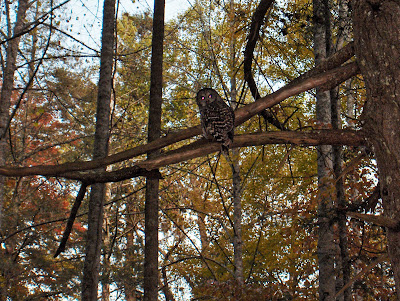 The originals were quite dark, but I've been able to lighten them up with photo editing software so that more of the owl is visible than just the red eyes.