Life has been a little crazy around here during the last couple of months, as you may have guessed by my lack of posting lately. I just wanted to pop in and give you an update.

We closed the purchase of our new villa on September 12, and we left on a three-week vacation on September 27. We made arrangements to have the interior of the villa painted and new carpet installed while we were away.

We returned from vacation on October 17, and quickly began moving by carloads. Our new home is only six miles away from our old home, so we planned to do most of the moving ourselves, one carload at a time.

Our church has a large box truck with a lift which is used for the church's food ministry. Our senior pastor offered to get some guys together and use the lift truck to move our heavier things. When moving day arrived on November 2, though, the crew consisted of only the senior pastor and an associate pastor. 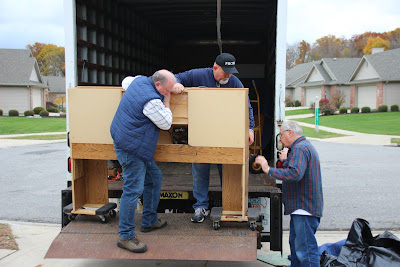 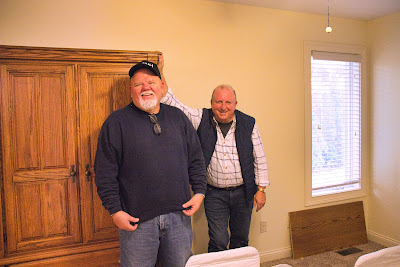 We could never have done this without these godly men. The furniture was heavy and the work was hard, and still they could smile as the job neared completion.

We're still living among boxes, but I'll post some pictures when we get the mess cleaned up.

And there will also be a travelogue of the three-week trip out west. That should take us through the winter. (Smiles)