The Dragonflies Are Back!

The small lake at Ouabache State Park had been drained all summer last year as work was underway to build a swimming beach. That reduced the number of dragonflies for me to photograph to...well...zero. And that resulted in a dearth of dragonfly photos on the blog last year.

Ah, but the beach is finished now; the lake is full; and the dragonflies are back!

On May 19th, Doug and I headed to Michigan for an afternoon visit with family, followed by an enjoyable evening at the home of a couple with whom we had become acquainted through Bonnie, a dear friend from our church.

Bonnie's sister, Kak, and Kak's husband, Dale, own a beautiful property near Jackson, Michigan. They invited us to join them and Bonnie, along with another friend from church, Vicki, and Vicki's cousin, Greg, and Greg's wife, Sue, for a cookout and an evening of fellowship and singing.

Kak and Dale's lovely home sits on several acres of wooded land. A long driveway passes through a stand of evergreens, past a flagpole, between two ponds, and past a small guest cabin before leading to the house itself. 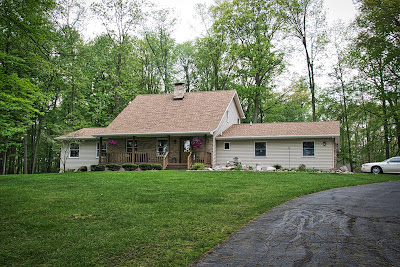 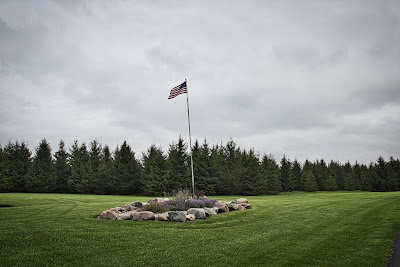 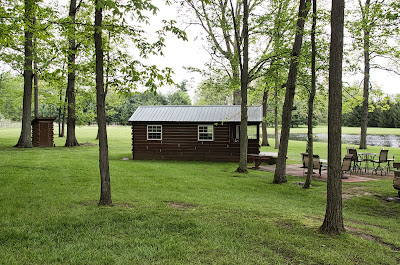 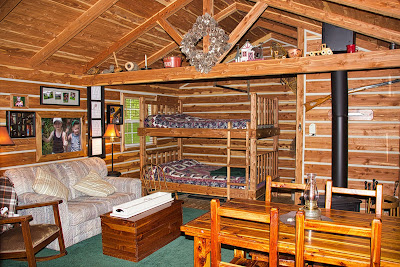 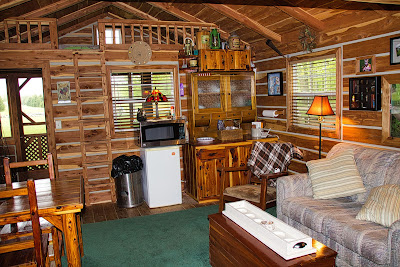 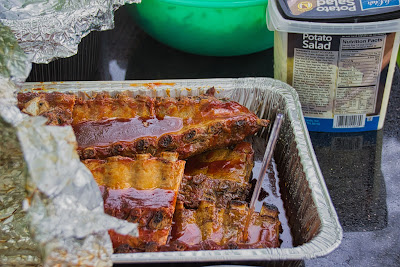 After eating and visiting for awhile, we all moved into the cabin for a sing-along. Vicki and her cousin, Greg, come from a musical family. Both play instruments and sing. On this occasion, Vicki played a ukelele; and Greg played a bass violin.

After singing for awhile, we took a break for some banana split dessert, Bonnie's special recipe, after which Greg and Sue left to go to their own home, which was nearby. Bonnie, Vicki, Kak, and Dale all headed up to the main house for the night. And Doug and I prepared to spend the night in the cabin.

The cabin is one room, plus a small alcove used as a closet/dressing room combination. There is a sleeping space in a loft, plus double bunk beds. And the couch also makes into a bed.

Doug and I opted to sleep in the bunk beds, with him on the bottom bunk and me on the top. Getting me up that ladder and into the top bunk proved to be more challenging than we had anticipated and resulted in much laughter in the process. Part of me would have liked to see a video of that; but the other part of me was praying that Kak hadn't set up a hidden camera somewhere in the cabin. I'm sure it would have become a YouTube sensation.

The weekend was topped off with a visit to Kak and Dale's church the next day. It was a wonderful time of worship with friends and the perfect ending to this weekend getaway.