Squirrels and the New Villa

I find the antics of squirrels very entertaining sometimes. Here are a couple of pictures that I snapped of a squirrel in a tree outside my computer room window recently. They just make me smile. I hope they have the same effect on you. 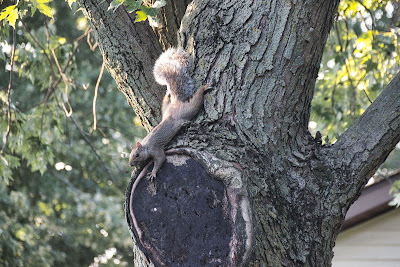 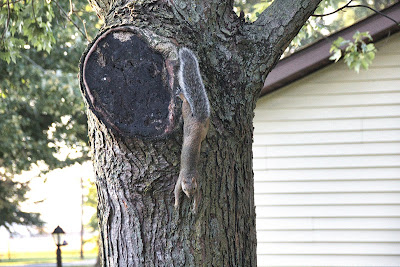 I mentioned in my last post that we had recently purchased a villa in a nearby retirement community. I thought you might enjoy seeing a picture of it. 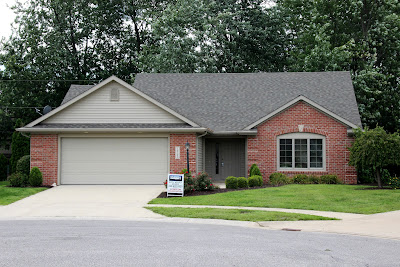 We're getting some work done inside the villa, primarily painting and some new carpet; so I'll hold off posting pictures of the inside until that work is done.

Meanwhile, there's a lot of work to be done in downsizing and getting moved, then getting the current house ready to be put on the market. So it's a bit hectic around here right now.

Back in July, I showed you a picture of a new entry door we had ordered for our house and promised to show you before and after photos after the door was installed. Well, you probably thought I forgot; but it was several weeks before the installers got around to our project. Finally, it's done. And here's the reveal.

First, the before photo of the outside of the front door: 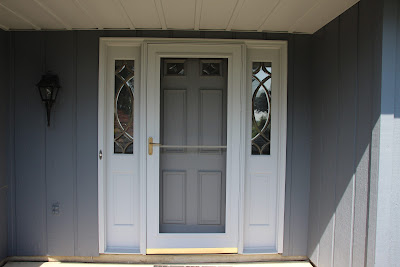 And then the after photo: 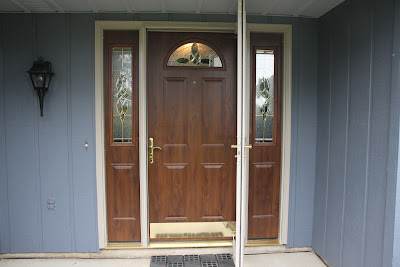 A note of explanation about the above photo...I had to open the storm door in order to get this picture. The storm door is clear glass, but there was so much reflection in it that it detracted from the new entry door.


Here's what the old door looked like from the inside: 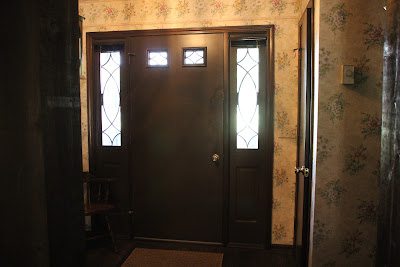 And here's the inside view of the new door: 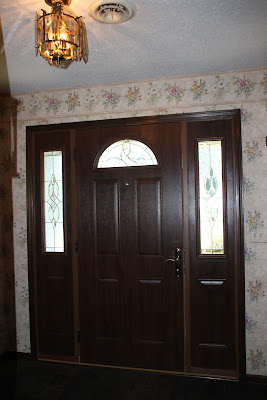 And, lastly, the before view of the house with the old door: 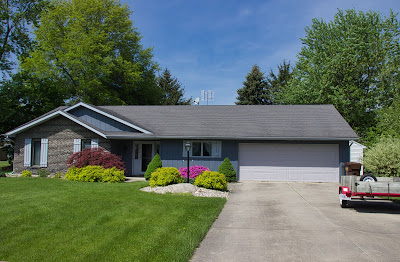 And the view of the house with the new door and a new roof: 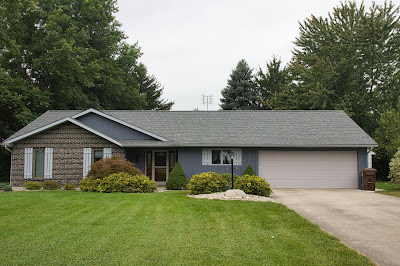 At the time we planned these and other improvements to our house, we had no immediate plans of moving. These were just things that needed to be done. And they would be especially important if we decided to put the house on the market.

Things have changed in the last few weeks, though. We have purchased a villa in a small retirement community just a few miles from our current home. As soon as we can get it ready for occupancy and get our current home ready for sale, we'll be moving. It's going to be an adjustment because we've lived in this house for almost 30 years, and the new place is smaller. But we're excited about it.

There will be more about the new place soon.

Well, as you may have noticed by my irregular posting lately, "soon" is a relative term.

Posted by Linda at To Behold The Beauty at 9:30 PM 6 comments:

A Quick Trip to North Carolina

Doug's sister, Linda, who lives in North Carolina, called us on Saturday, August 18, to let us know that her husband, Larry, had died the day before. A bad fall a few days earlier had resulted in a severe head injury, from which he couldn't recover.

Doug and I talked it over after the phone call from Linda and decided that, even though there wasn't to be any kind of funeral service for Larry, we'd like to go, just to be there for Linda. We couldn't leave before Monday afternoon because we had appointments to change and needed to get an oil change for our vehicle before making the 1500-mile (2414-km) round trip.


We arrived at Linda's on Tuesday afternoon. She was doing well, having gotten some good counsel from the funeral home that was arranging the cremation. And her son, Shawn, from Tennessee, was staying several days with her and helping her through the details that need to be attended to after a death. We had missed seeing Shawn's sister, who had been there but had left before we arrived.

We were able to spend some time with Linda and Shawn on Tuesday, Wednesday, and Thursday, before starting for home about 10:30 Thursday morning. We drove straight through and arrived home at 12:30 AM on Friday. (We had missed our own bed.)

I thought you might enjoy seeing some photos from Linda's house and yard. She is a landscape designer and has had some fun using her creativity in her own backyard. 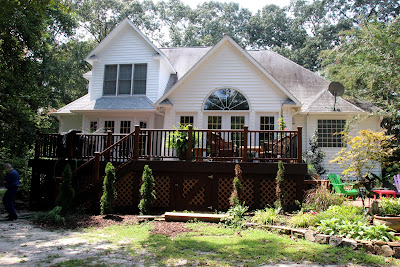 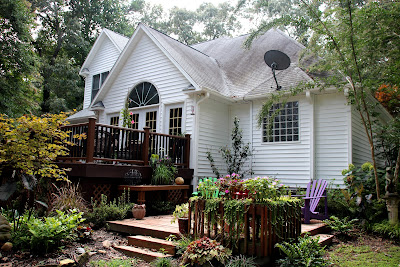 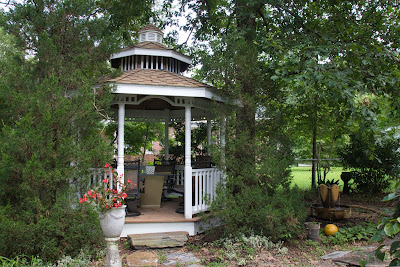 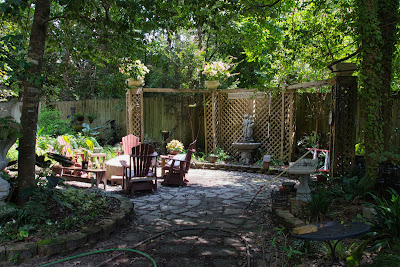 Posted by Linda at To Behold The Beauty at 9:35 PM 8 comments: