Our friends, Winston and Patty, were planning activities to include in their vacation to Put-In-Bay, on South Bass Island, in Lake Erie. One of those activities was a sailing trip on Lake Erie on August 9, and they invited us to join them for that. We were delighted to accept.

The day was beautiful, with a nice breeze to fill the sails.


It's said that two-mile-long Starve Island gets its name from the fate of a sailor who was shipwrecked there.

Perry's Memorial commemorates the Battle of Lake Erie, one of the most significant naval battles to occur in the War of 1812.
It was a fun day, and we so appreciated Winston and Patty's invitation to join them.

Yesterday was our anniversary. Thirty-one years! Yikes! Where does the time go?

This wasn't a major anniversary; and, after all, there had already been 30 of them. So we hadn't planned anything special. I had volunteered to work in the church office from 9 AM to 2 PM, covering for another volunteer who needed the day off. After that, we had just planned to enjoy a nap, have a quick supper, and go to church for our mid-week Bible study.

But then...good friends, Terry and Diane, contacted us the night before. They live about 50 miles south of us, but Terry had to come to Fort Wayne for a medical appointment Wednesday afternoon. They wondered if we could meet for a meal so they could celebrate our anniversary with us.

Suddenly, we had plans for celebrating the occasion.

When I came home from working at the church office, I found a bouquet of flowers on the kitchen table, accompanied by the photo book that I had made for Doug for our 20th anniversary. He has loved that book since I gave it to him on our trip to Alaska back in 2007, and bringing it out again on our 31st gave us both the opportunity to look back over those photos from our first 20 years together.

The rest of the photos in this post were taken by Diane at the restaurant...well, except for the one of the four of us, which was taken by our waitress. 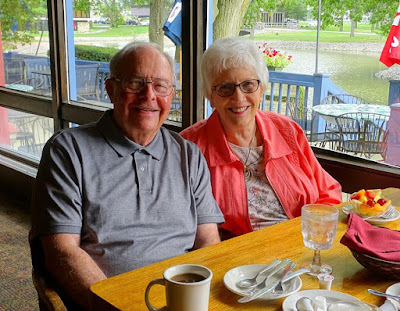 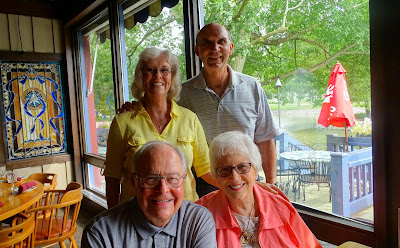 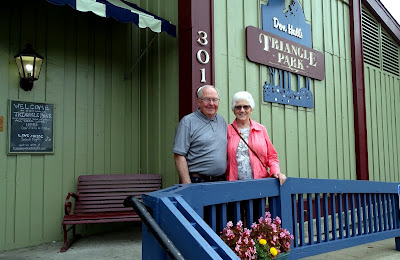 These final two pictures are of the outside of the restaurant. One wall of the building consists of windows, overlooking the water and the swans and ducks that call it home. 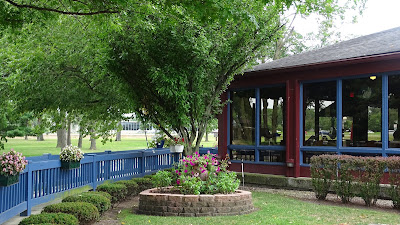 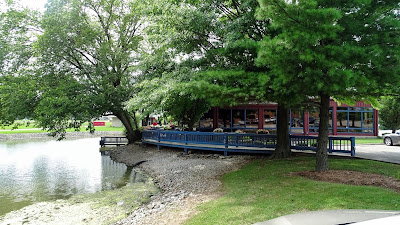 Many thanks to special friends, Terry and Diane, for making our 31st anniversary special.

It's been, for the most part, a hot and humid summer in our area; and it seems as if it's flying by. Kids will be returning to school next week! It's been rather an uneventful season for us, which can be a good thing at our ages. :)

Here are a few photos from local events that just seem to scream "summer fun." The first was an outdoor concert with Christian music artist, Guy Penrod, who was a member of the Gaither Vocal Band for many years. There was no charge to attend the concert, but a love offering was collected for the benefit of area food banks.

The outdoor venue gave an intimate feel to the concert. Guy even came down off the stage and walked through the audience at one point. 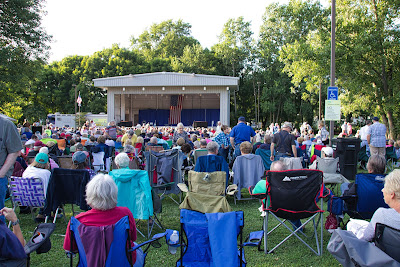 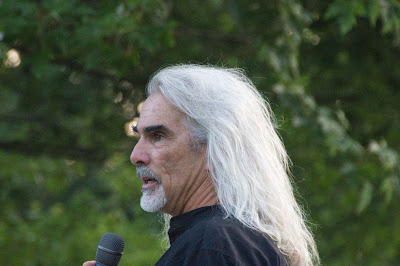 This second set of images is from Harlan Days, an annual summer festival in the small town where Doug and I live. 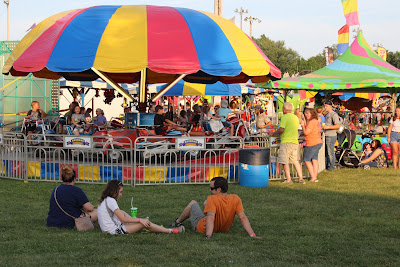 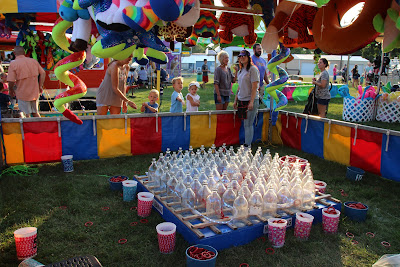 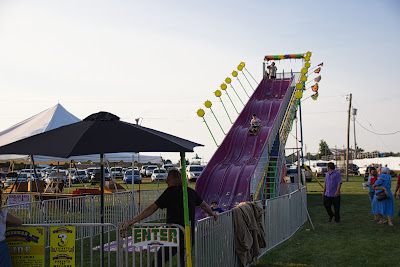 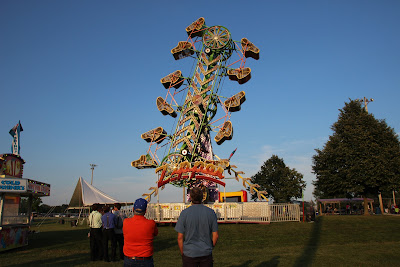 I hope summer has been kind to you.

Posted by Linda at To Behold The Beauty at 5:09 PM 6 comments: