Back in 1995, Doug and I spent a week at Lost Valley Ranch, a dude ranch in Colorado. It was a wonderful get-away. The lodging was luxurious; the meals were fantastic; the staff were fun and very accommodating; and the scenery was amazing.

One couple among the guests, Joe and Gina, were especially fun. They were from New York City. Gina had never even worn slacks before, let alone ridden a horse. But she oozed personality, and guests and staff alike couldn't help being drawn to her. In the picture below, Gina is the one a little right of center, with the black hair and wearing a flowered blouse.

Everyone watched anxiously as Gina mounted her horse for the first time, erupting in cheers and applause when she was safely aboard. And she went on every ride that was offered that week. I was impressed with her determination.


Doug shot a video during Brad's outrageous story, but I don't know how to edit that segment out of the longer video, in order to share it on the blog.

We had so much fun during our stay at Lost Valley Ranch that we went back again two years later. I'll have to share that adventure on a future post.

July 14th was Doug's brother's birthday. For the occasion, we took him to the Binder Park Zoo in Battle Creek, Michigan, something he's been wanting to do for some time.

I know that there are strong opinions regarding the confinement of animals in zoos for the pleasure of the viewing public, and I understand that. But I also appreciate the opportunity to see animals up close that I might never see in their natural habitat.

This post will just give a sampling of some of the things we saw that day.

There was a large area where several compatible species roamed freely. The next four pictures were shot from an overlook some distance from the animals.

On the Fourth of July, Doug and I drove to Battle Creek, Michigan, picked up Doug's brother, Dennis, and went to an air show. I've mentioned Doug's fascination with airplanes before. It's a fascination shared by his brother.

I didn't carry my DSLR camera because we had chairs to carry, as well as a small cooler; and I was trying to keep our load as light as possible. So the pictures today are all taken from video from our camcorder. I'm including some short video clips, too, because video just seems essential to getting the "feel" of an air show.

The Firebird Extreme Team. The plane on top is upside down.

However, the following video shows what the Beech 18 can do in the hands of skilled pilot, Matt Younkin.


Ah, but it was the U. S. Air Force Thunderbirds that made the air show special. 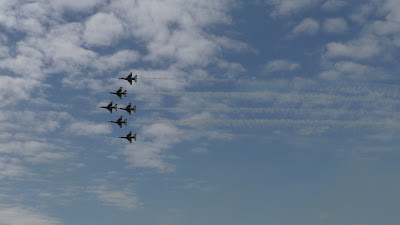 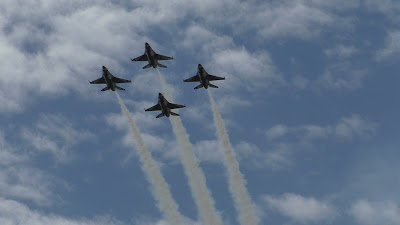 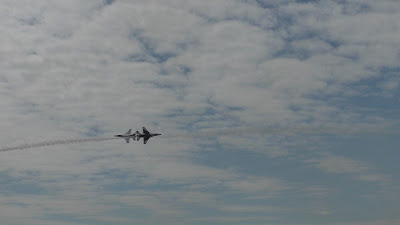 These two jets fly toward each other at incredible speed and flip to their sides, cockpits facing each other, for the pass. You'll see this in the following series of very short video clips, but you'll have to look fast!

A Summer Day at the Park

Today, I'm sharing a few photos from recent visits to Ouabache State Park. First up are some Cedar Waxwings, beautiful birds and among my favorites. 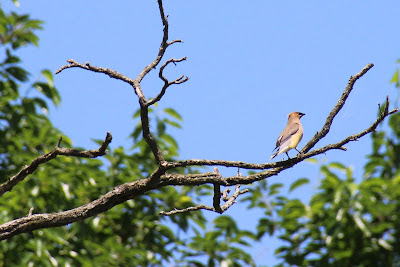 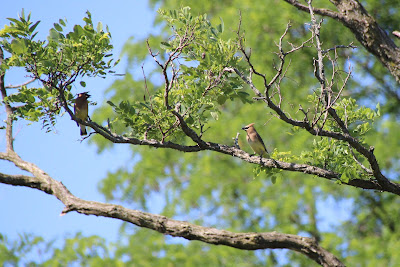 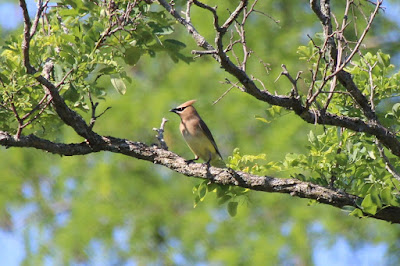 I think this next one is an Eastern Kingbird: 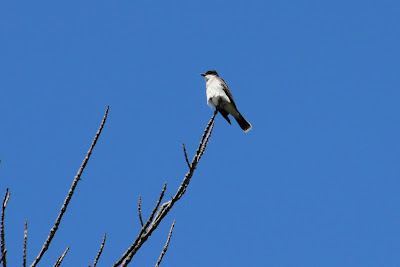 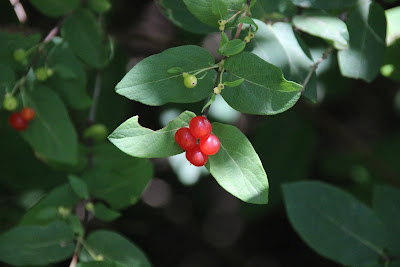 And what would a post from Ouabache be without at least one photo of a dragonfly? 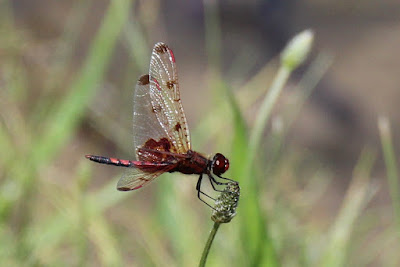