Our weather has been all over the place this spring. Warm days would be followed by cold ones until we hardly knew what season it was. Then, suddenly, it was hot! We've had a week or so of temperatures in the mid to upper eighties (thirty-ish Celsius).

The first set of pictures today were taken in our backyard last week.


On Monday, Doug and I went to Ouabache State Park for one of our little mini-vacations. Since it was a holiday (Memorial Day), there were more people present than when we usually go, including several groups of Amish who were enjoying themselves and each other as they paddled around the small lake on rented paddleboats. 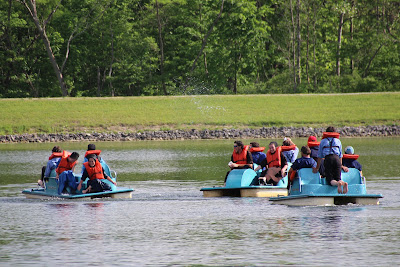 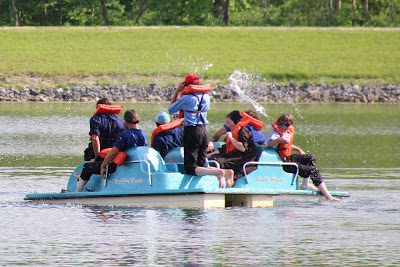 In addition to trying to get each other wet, they occasionally broke out in group singing. I was so sorry that I hadn't brought the video camera so that I could have captured audio of that as the breeze carried their voices across the water. Amish truly know how to blend their voices and make beautiful music together. I have a CD that a local group of New Order Amish made as an evangelistic outreach, and it's one of my very favorite CDs.

Sharing a few sights from a recent afternoon at Ouabache State Park.


These two boys were fun to watch. Working their way around the lake, they would throw out a line and almost immediately reel in a fish. After taking it off the hook and throwing it back into the water, they would walk another forty or fifty feet and repeat the process. They were having fun...without cell phones.
Posted by Linda at To Behold The Beauty at 9:15 PM 13 comments: 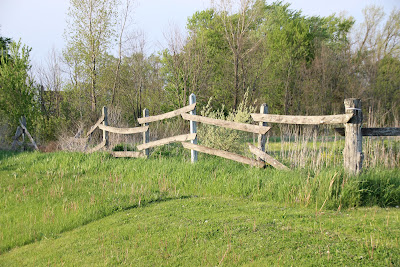 I've been wanting to get a photo of this fence since the first time I saw it last summer, and I finally got Doug to stop the car long enough to allow me to capture this quick shot a couple of weeks ago.
The fence is near a highway sign that advises the traveler that he is entering the town of Bobo, Indiana. It's one of those blink-and-you-miss-it towns, with the fence being it's greatest attraction.
Posted by Linda at To Behold The Beauty at 8:37 PM 11 comments:

Email ThisBlogThis!Share to TwitterShare to FacebookShare to Pinterest
Labels: Fences

The Leila Arboretum in Battle Creek, Michigan, isn't far from where Doug's brother, Dennis, lives. The three of us drove through it about a month ago. Near the entrance to the Arboretum grounds is a Fantasy Forest, created in 2015, by artists from around the United States, from the remains of a grove of Ash trees killed by an infestation of the Emerald Ash Borer. 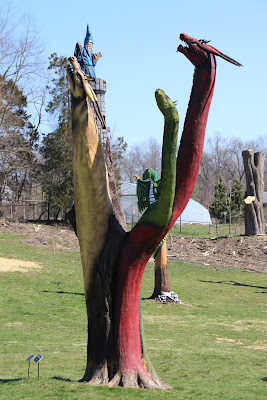 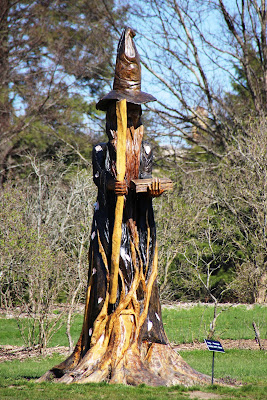 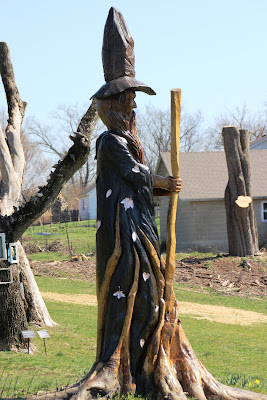 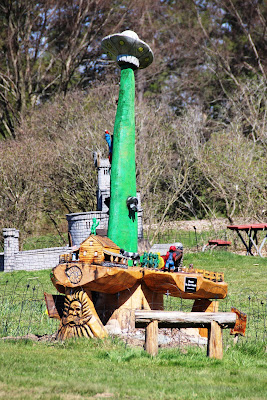 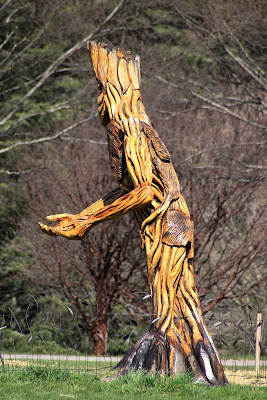 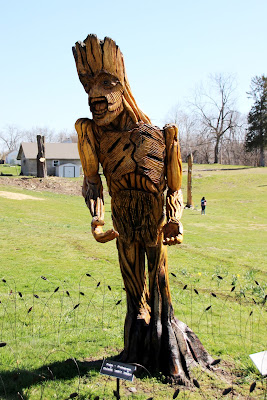 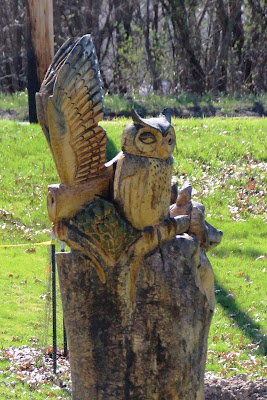 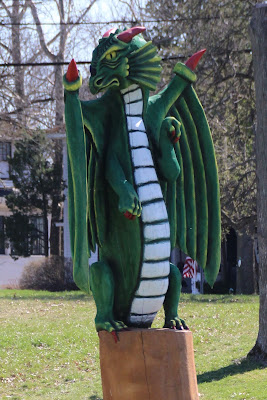 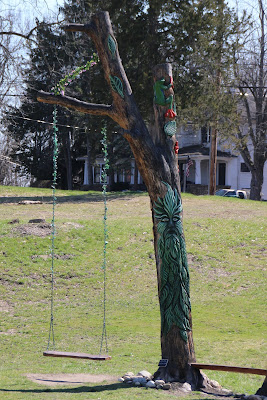 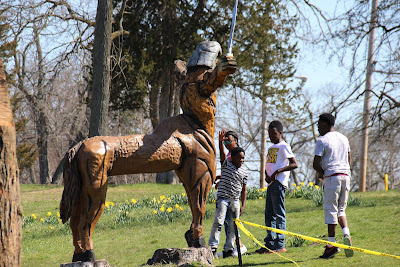 I love that the Leila Arboretum found a way to create a magical place from a grove of dead trees.

To see images of the bare tree trunks before the sculpting began, click here.

And, to see more and better photos of the finished products, click here.

The first video shot with the new camcorder was of my 14-year-old great-nephew, Carson, as he sang with his community Youth Chorale. He also had the opportunity, during a break in the singing, to play two Gershwin pieces on the piano.

He had played these pieces in a music competition for students in Indiana schools and had earned a gold for it. Those competitions are limited on seating; and we, as Carson's extended family, hadn't been able to be there to see him compete. So it was a treat to have this opportunity to see him perform.

Anyway, I'm posting the video of the shorter of the two pieces that Carson played that night. I hope you enjoy it.

We're pretty proud of the kid.

I used to ride but was never an especially good rider. The last time I was on a horse was when we vacationed at a Colorado dude ranch in 1997. I've missed it. So I called a stable that's located only about 10 minutes from our house, and the instructor, Kathy, was willing to take me on.

She started me on Levi, a 25-year-old gelding. If Levi's age were to be converted from horse years to human years, we'd be roughly the same age.

Doug went with me recently and took some video. After all, I needed proof!

In the following video clip, apparently bored with what he was doing, Doug decided to do a little newscaster imitation. Just humor him.

After the lesson, Kathy took a carrot to Levi and bribed him to take a bow.

This lesson was in an indoor arena. Kathy does give my lesson in an outdoor arena when the weather is decent. On the day that Doug shot this video, there was a heavy rain falling outside. The sound of the rain on the metal roof of the barn can be heard in Doug's newscaster video.

There's a tee shirt that I've seen advertised on Facebook. It says, "Never Underestimate an Old Woman Who Rides a Horse."

I need one of those.