My dad's mother died when Dad was a baby. His father subsequently moved to another state, where he remarried and had two daughters. Dad remained in Indiana and was raised by his maternal grandparents. As a result, I've never had a close relationship with any cousins on Dad's side of the family.

Fortunately, though, there were close cousin relationships on my mother's side of the family.

My mother had two brothers, Charles and Howard.

Uncle Howard had two sons: Charles, who we called "Charles William" to distinguish between him and our Uncle Charles; and Howard, who we always called "Bub." I'm not sure where that nickname came from.

Uncle Charles had three sons and a daughter: Bill, Steve, Rick, and Debi.

And my mom had a boy and a girl: Phil and me.

So there were eight of us cousins. We lost Phil in 1967, in a car wreck. We lost Steve in the same way in 1975. Bill died in a motorcycle accident in 2013. Then, in November, 2015, I received word from Charles Williams' wife that he had died two months earlier, apparently from cancer. 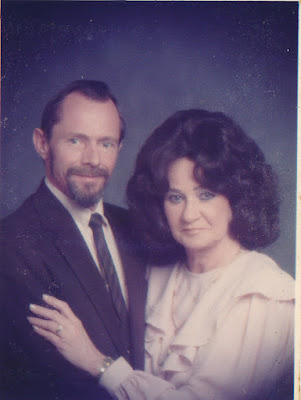 The last time I'd seen Charles William or his brother, Bub, was in 1989, at the time of their dad's death. There had been virtually no contact with them since that time. I wrote each of them a letter in 2009. Bub's was returned with a sticker saying that the forwarding order had expired. Charles Williams' letter wasn't returned to me, so I presumed that he'd received it.

But it wasn't until March, 2015, that I heard from him. He called one night, out of the blue. He had received that letter and had put it in a drawer and kept it all these years. That night, he said, the time seemed right for him to call me. We had a nice conversation, and I was glad for the chance to reconnect with him. I sensed, though, that the reason he had finally called was that he believed his time on earth was growing short.

Charles William was estranged from everyone in the family, including his two grown sons and his brother.

When I learned of his death, I contacted his ex-wife, who had not known about it. She notified his sons. I also called the last number I had for his brother, Bub. I reached Bub's wife and learned that they had been divorced several years ago. She gave me his new number, and I was able to renew contact with him and let him know about his brother's death.

So, the eight cousins are now four. On the positive side, we've now reconnected with Cousin Bub. And, as my cousin, Debi, dryly pointed out, she and I are no longer a minority.

If there are any estrangements in your family that are within your power to heal, I would urge you to consider starting off the new year by making that effort. Family is important and grows even more so as that family begins shrinking.

I wrote a draft of this post right after learning of Charles Williams' death over a year ago but, for whatever reason, never published it. It seemed right to do it now, before any more time passes. To all of you who so faithfully support and encourage me here on this humble blog, thank you and Merry Christmas!
Posted by Linda at To Behold The Beauty at 10:19 PM 6 comments:

Email ThisBlogThis!Share to TwitterShare to FacebookShare to Pinterest
Labels: Christmas

Doug's brother, Dennis, lives not far from the Leila Arboretum in Battle Creek, Michigan; so the three of us occasionally visit there together. I had previously posted about the Fantasy Forest at Leila Arboretum here; but, on our most recent visit this past October, we found that several more sculptures had been added.

There is so much detail in these sculptures that they really need to be seen from all angles, but then you'd be bored silly with all the pictures. 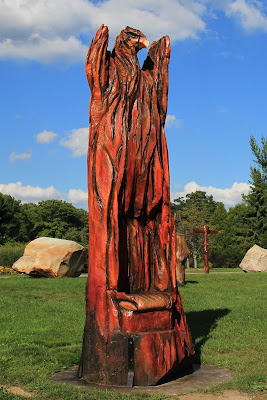 According to Wikipedia, the "Kraken is a legendary sea monster of giant size that is said to dwell off the coasts of Norway and Greenland." A closer look at the sculpture reveals a ship in the creature's tentacles.


The Saber-toothed Tiger carving is not in the Fantasy Forest but sits, instead, near the entrance to the Kingman Museum in the Leila Arboretum.

The Fantasy Forest was born from a grove of ash trees killed by the Emerald Ash Borror. Rather than remove the trunks of the dead trees, it was decided to invite wood-carving artists to work their magic. Those artists have truly created a Fantasy Forest to delight "children" of all ages.