More from the Smokies

The dreary weather was still with us on Wednesday, November 8, when we decided to visit the Tremont area of the Great Smoky Mountains National Park. We again entered the park by way of Wears Valley and the Metcalf Bottoms picnic area. Or, I should say, we tried to enter that way.

Just before reaching the picnic area, we encountered a semi which had tried to maneuver its way down the winding mountain road and had become hopelessly stuck on one of the curves. The road is narrow, so our only alternative was to back up a quarter of a mile or so until we reached a small pull-out, providing access to a hiking trail, where we could turn around and drive back out to a public highway.


One of the things that contributes to the beauty of the Smoky Mountains is the presence of an abundance of rivers and streams which flow beside roadways and hiking trails all through the park. We found the rivers at Tremont running strong. 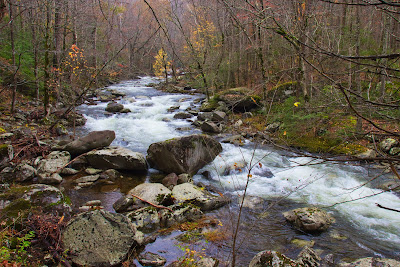 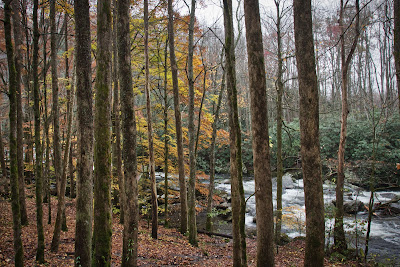 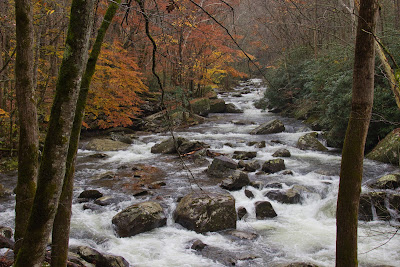 Following is a short video clip, that will allow you to hear the sound of the river pictured above. 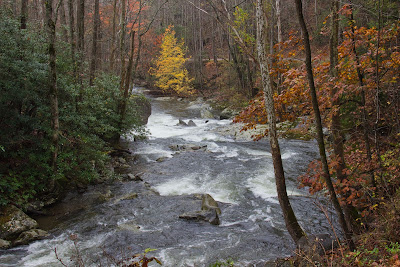 As we began a short hike up the Middle Prong Trail, we saw a man carrying a rubber raft. His intent was obvious. He planned to raft down that river. Well, we had to hang around to see how that went. 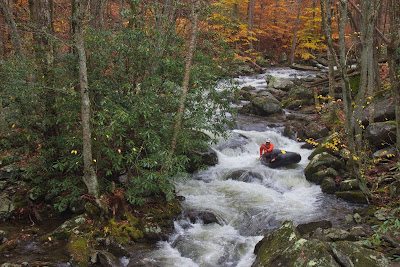 You can see for yourself in the following video clip.


After our hike, as we returned to our car, the rafter was just loading his raft onto the roof of his truck and preparing to leave. We approached him to let him know that we'd gotten some photos and videos of his ride down the river. We gave him our contact information in case he wanted copies.

While we were talking, two other guys unloaded kayaks from their vehicle and started toward the river. Aaron, the rafting guy, asked if he could join them. They welcomed him, so Doug and I got set to take some more pictures and video of the three of them. 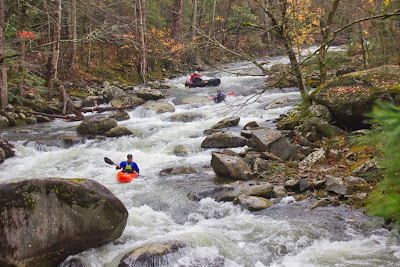 Following is a short video clip of Aaron and his new friends.

We were losing daylight by the time we left Tremont, but we wanted to work in a visit to the Sinks, since the water everywhere seemed to be flowing well. The Sinks is always a pretty place to visit, but especially during good water flow. 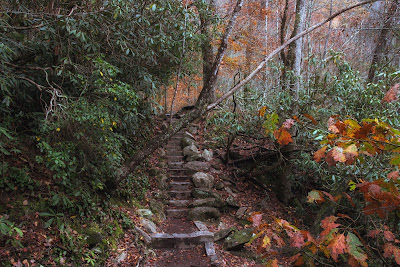 The path pictured above leads past a recently constructed official overlook at the Sinks to a view that's much better than what the overlook provides. Doug got the following photo from up there, with the video camera. My camera wasn't handling the low light very well.

There was a group of four guys with kayaks preparing to enter the river on the far side of the bridge and then ride their kayaks over the waterfall. The video of the action is below. It's almost two minutes long, but it's fun to watch.

We never get tired of the Smokies. There's always something new to see and experience.

A Late Fall Trip to the Smokies

Our summer was so full of doctor appointments that we were unable to schedule any travel until the week of November 5-10; and we took that opportunity to visit the Great Smoky Mountains National Park in Tennessee, a favorite destination for us.

The first four pictures were shot on a drizzly morning in Wears Valley, just outside the national park. 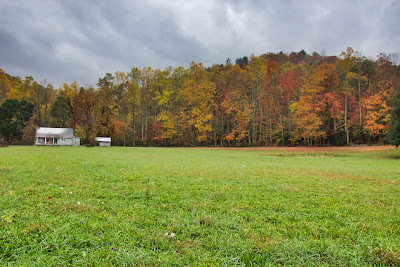 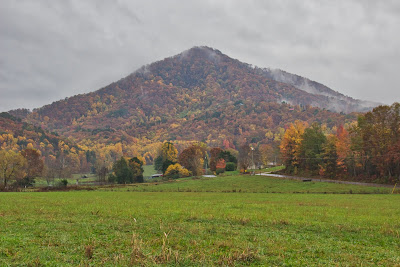 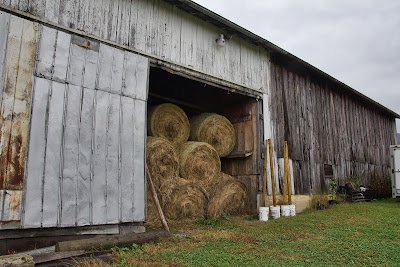 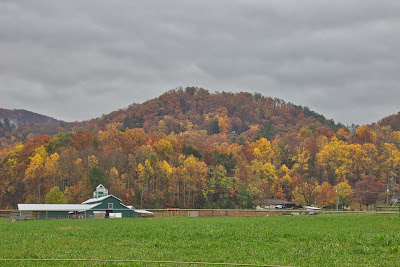 We were in the Smokies for four full days, and it was rainy and dreary almost the entire time. The photos of the trees beside the road and of the viewing platform were taken during a very brief period of sunshine.

We love the Smokies, though, so the weather didn't dampen our spirits. The rain was never so bad that we couldn't get out into the park and walk some of the trails. The photos in this post were all from our first day there. I'll have a few more in a future post or two.

These are a few more images from October, the first two from our yard and the last three from a visit to Doug's brother, Dennis, in Michigan. 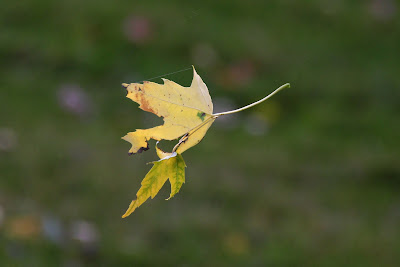 The leaves pictured above were caught in one of those long webs that stream through the air in the fall, seemingly attached to nothing except your face when you walk into one. The leaves looked like a small kite, floating to and fro in the wind. Doug spotted them and suggested I get my camera. I'm glad he did.

Since I had the camera out anyway, I walked around the yard to see what else might suggest a photo. The crabapple tree seemed a likely choice. 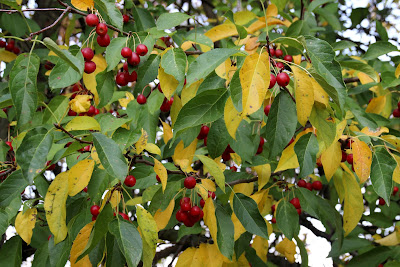 The tree is loaded with fruit this year and will provide food for the birds and squirrels this winter.

The following three photos were taken on October 28, during a trip to Michigan to visit Dennis. 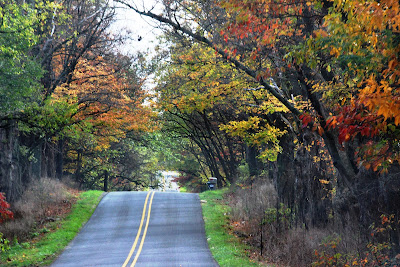 The fall colors were so pretty as we took Dennis on a scenic drive of the back roads near his home. The image quality of the above photo isn't the greatest, but it's not too bad considering that I was shooting through the windshield from the back seat. 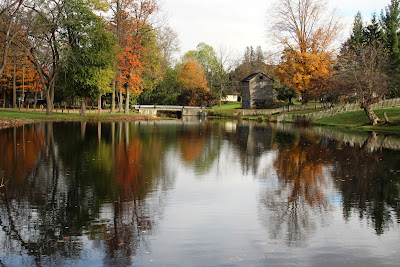 We visited John Wilson Park in June, and I wanted to come back and see what it looked like in the fall. I was glad we did.


On our way to John Wilson Park, we passed this house and that beautiful tree. It was close to the park, so I just walked a few more steps to get this photo.

Email ThisBlogThis!Share to TwitterShare to FacebookShare to Pinterest
Labels: Around Home, Miscellaneous

The photos today were all taken October 21, the first four at Ouabache State Park and the last two on our way home that evening.

I've admired other bloggers' photos of the Common Buckeye many times but had never seen one myself until this day. It made my day. 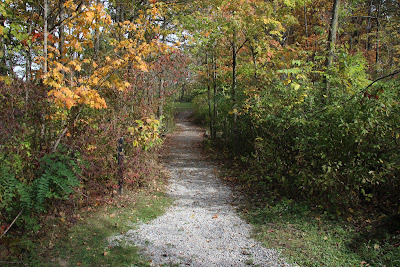 The photo above may look familiar. It's the same path pictured in my last post but taken 11 days later and showing a bit more fall color. 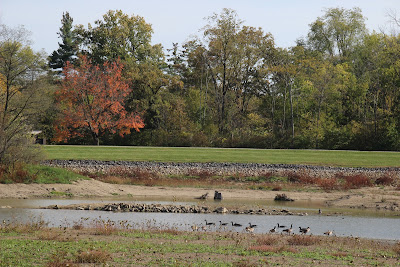 The picture above shows a little fall color across the "lake." The lake has begun to fill again, but slowly. Still, the Canada geese seem encouraged. 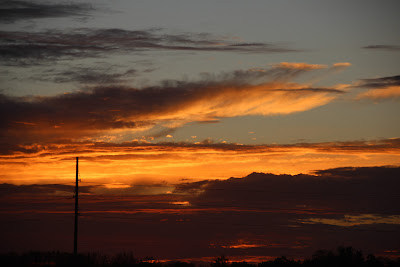 The photo above shows the sunset as we started home that night. The one below shows the same sunset in its dying glory. 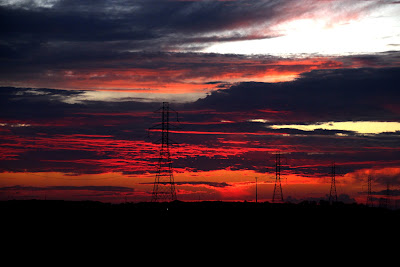