Today's post is a random accumulation of images from the last few weeks.

First up is a wonderful old barn that I pass several times a week. It sits beside a state highway in an area which is rapidly being overtaken by retail stores and other businesses. The property is for sale, and I fear it's only a matter of time before this beauty is only a memory. 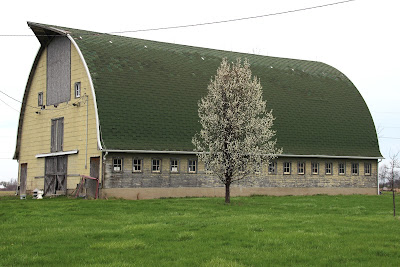 Some of you will remember my talking about Doug's brother, Dennis, who underwent a partial amputation of a leg in 2014. His daughters and their families live a few hours north of Dennis and haven't seen him since his hospitalization three years ago. We live a couple of hours south of Dennis and see him about once a month. Well, on April 29, several members of his family to the north met us and Dennis at Aubree's Pizzeria and Grill in a town approximately an equal driving distance for them and for Doug and me.

Dennis is in the green jacket, between his oldest daughter, Denise, and my hubby, Doug. Dennis' middle daughter, Becky, is across the table from him, with the man in her life to her right. On her left is Denise's son and his wife. And Denise's daughter and her little son are on the left end of the table. It was a special time, and I hope we'll be able to do it again sooner rather than later.


Also, those of you who have been around awhile will remember my great-nephew, Carson, who is active in music, drama, and dance. On Tuesday, May 2, Carson performed with the high school orchestra in their last performance of the school year. I understand that it was probably Carson's last performance with the orchestra, too. He's considering playing keyboard in the school band next year.


And lastly in this random mixture, a look at the front of our house and our beautiful azalea bush. 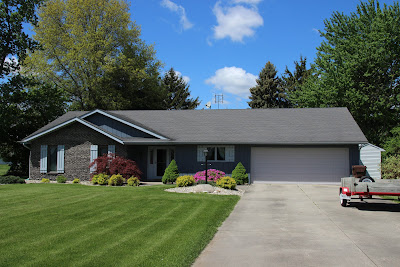 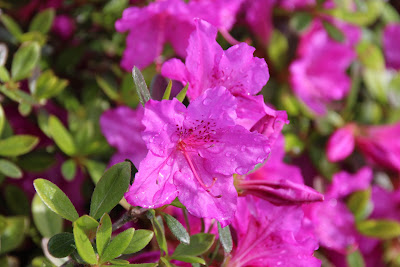 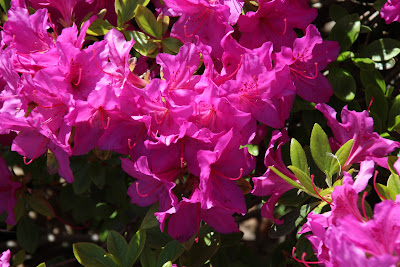 The azalea bush was very small when we bought the house 28 years ago. It's grown considerably in those intervening years. And it just glows when it's in bloom. It's such an eye catcher that we notice the Amish checking it out as they drive by in their buggies. It's about the only time of the year that they pay us much notice.
Posted by Linda at To Behold The Beauty at 10:42 PM 24 comments: