On November 10, Doug and I visited Doug's brother, Dennis, in Battle Creek, Michigan. After a meal in a restaurant, the three of us were taking a drive around the area when "eagle-eye" Doug spotted this beautiful white-tailed buck just emerging from the woods. I hurriedly pulled my camera from its case and snapped two quick shots before the deer vanished back into the woods again. 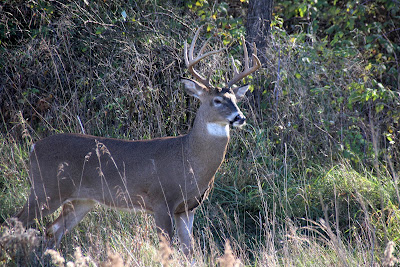 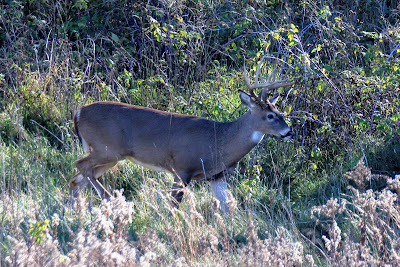 A favorite stopping place for Dennis is Station 66, located in a rural area outside of Battle Creek. They have lots of goodies there, but the thing that drew us on this day was ice cream. 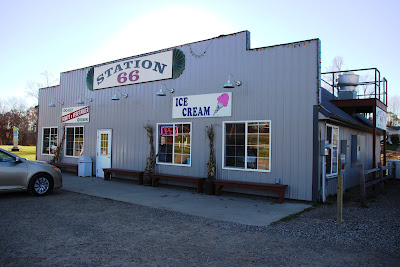 And it was worth the stop!
Posted by Linda at To Behold The Beauty at 10:44 AM 12 comments:

A Praying Mantis and a Garden Spider

A few weeks ago, Doug came in from the yard and said he'd found a Praying Mantis in an ornamental tree we have in front of our house. He knew I'd want to get a photo. (I've got him trained.)

I took several shots of the little creature and wasn't thrilled with any of them. They were dark and grainy. In an email conversation with my blogging friend, Petra, I told her about my frustrations with my photography skills and sent her one of the Praying Mantis shots as an example of my failings. Within minutes, it seemed, Petra had returned "my" image, having edited it into what I think is a beautiful photo. See below: 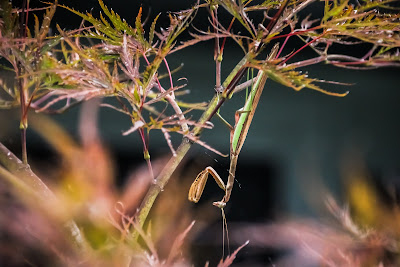 Encouraged by the improvement Petra had made in that image, I experimented with one of the others and found I could improve it significantly, although not with as beautiful a result as Petra's editing had accomplished. 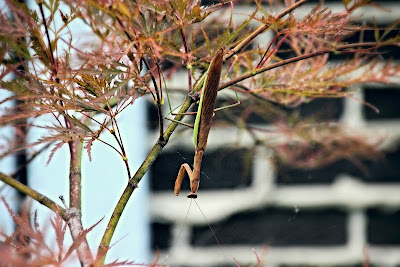 While I was photographing the Praying Mantis, Doug found another subject for me: a Black and Yellow Garden Spider, occupying an elaborate web between our azalea bush and an evergreen shrub.

Fall in the Smokies

As most of you know, Doug and I love the Smoky Mountains in Tennessee and try to visit there every spring and fall. Our fall visit for this year was the last week of October. The colors had peaked the week before, but there was still enough autumn beauty to stir the awe in our hearts for God's wonderful creation. 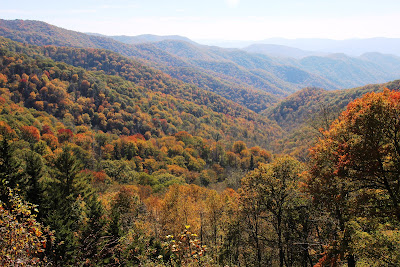 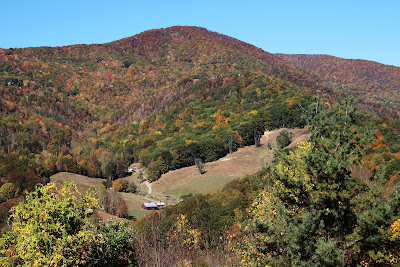 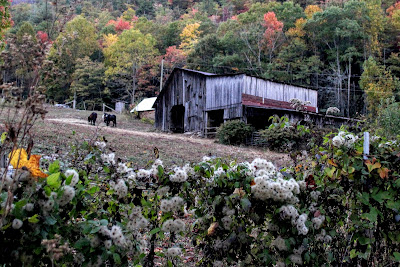 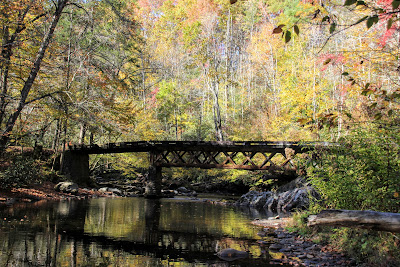 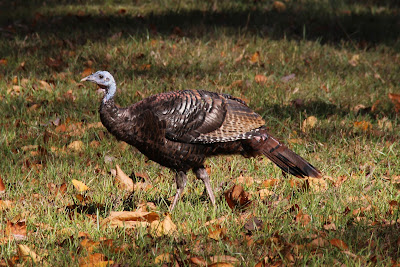 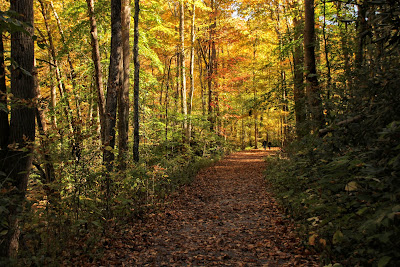 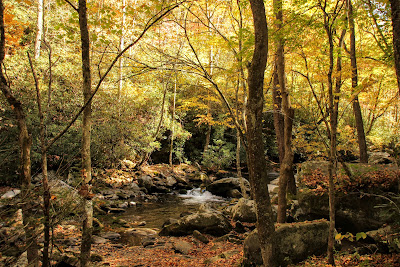 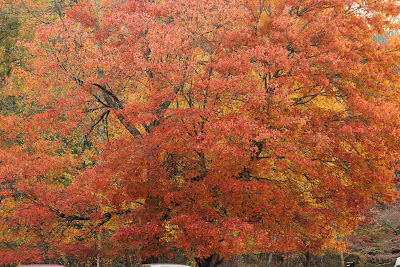 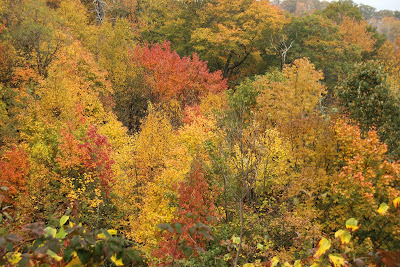 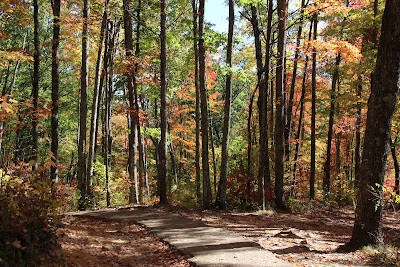 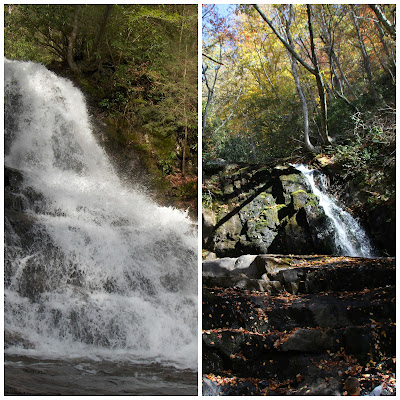 The above photo collage shows two pictures of Laurel Falls, shot on different occasions. The one on the left was taken in April, 2006. The one on the right was taken during our recent October visit. The area has experienced a drought this year, and there was very little water flowing over any of the waterfalls we visited. I just had to include the shot from 2006, so you could see what this waterfall looks like in years with sufficient moisture.
There is actually a dual meaning to the title of this post. Not only is it the fall season, but it was also a falling season for Doug and me. We both took tumbles on the Laurel Falls trail, which is highly embarrassing since it's a paved trail. Doug's fall occurred at the base of the waterfall, where the rocks have been worn smooth by many feet and much water. Mine happened when I was stepping to the side of the trail to let some other hikers pass. It's amazing how quickly a crowd can gather when a white-haired woman falls on a busy trail.
Neither Doug nor I suffered more than a scrape, a bruise, and some major humiliation. Another hiker has convinced us of the wisdom of carrying trekking poles on future hikes.
Posted by Linda at To Behold The Beauty at 5:00 AM 14 comments: