This is the one I chose: 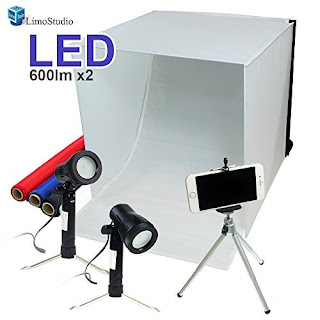 I chose this one because it came with lights and with the backdrops rolled, rather than folded. It's also relatively easy to set up as well as to take down for storage. And the price wasn't bad, either.

I dug into my keepsake box for some things to use as test projects in the new light box. 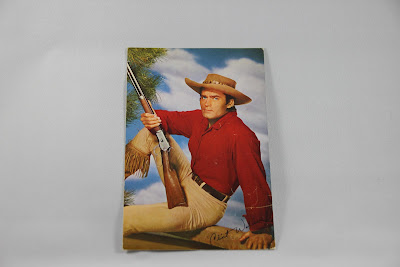 First was a fan club photo of Clint Walker, who played Cheyenne on the television program of the same name back in the fifties and sixties. I was a huge fan of the show and the actor. The picture of Clint Walker is on the front of a postcard, which bore a postmark date of May 25, 1960, and a postage rate of three cents. 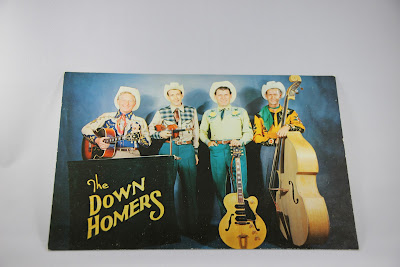 The second item was a somewhat larger postcard bearing a picture of a group called the Down Homers. The group was often featured on WOWO, a major radio station in Fort Wayne, Indiana. They also performed regularly at the annual Bluffton Street Fair, which is where this postcard was obtained. Three members of the group signed the back of the postcard for me. I don't have a way of positively dating the year of that street fair, but it was most likely also around 1960. 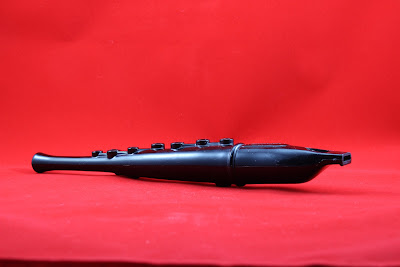 The third item was my old song flute from elementary school in the fifties. Music classes were a regular part of the curriculum at the time, and I think each of us received and learned to play one of these song flutes. 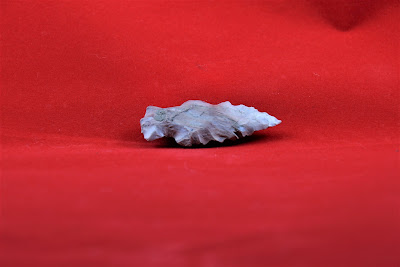 The above arrowhead was also among my keepsakes. I'm afraid I don't remember any details about how that came into my possession. It might have been my brother's. Or maybe it was mine. Memory fails me...too often, I'm afraid.

So, after practicing with my keepsakes, I tackled photographing my collection of Precious Moments figurines. I'm thinking about listing them for sale on eBay; but, even if I don't do that, the photos will be beneficial for insurance purposes. 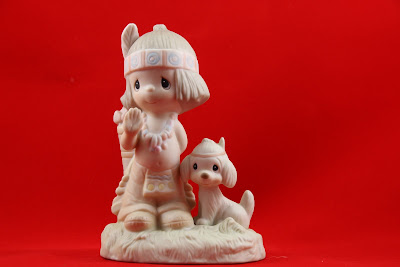 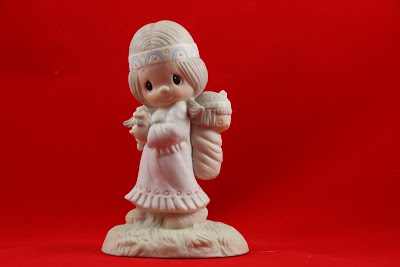 I was an avid collector of Precious Moments figurines in the early eighties. In the intervening years, I've sold off most of my collection. A few have been broken. But there are still several left. We're at that stage of life where we look around at all our "stuff" and realize that we need to begin doing some serious decluttering.

After experimenting with photographing the keepsakes, I realized I needed to make some modifications to my setup. I needed a little larger workspace than the top of the chest of drawers where I began. So I moved to the dining room table when I was ready to begin working with the figurines.

I also found it helpful to add a light to shine through the top of the box, in addition to the two side lights that came with it. Then I set the camera on a tripod, set the ISO to 100, and used a remote shutter control.

I was pleased with the results. I'm sure I'll learn more tricks as I work with it more; but I'm feeling good about making the purchase.

Last weekend was the annual Shrine Horse Show in Columbia City, Indiana. Back when I was in grade school, my best friend's father was a Shriner, and he took Connie and me to the show with him every year.

The show grounds were beautiful, with a grassy hill overlooking the show ring. The hillside was cut into tiers, providing flat places for people to set up chairs or spread blankets from which to enjoy the show. For those willing to pay the price, box seats were available at ringside. Vendors sold food and equestrian supplies.

In those days, the hillside was so full of spectators that it was difficult to move around without infringing on someone else's space; and the box seats were always full.

I hadn't been to this show in many years but wanted to go this year because a woman, Laura, who boards her horse, Cruz, at the stable where I ride was going to be showing.

Things weren't the same as they'd been all those years ago. The hillside was totally bare of spectators. There were no box seats. Vehicles could park at ringside, where the boxes used to be. The class sizes were very small. During the Saturday afternoon that we were there, the largest class we saw had only six horses in it.

But it was still fun.

These first two pictures are of Laura and Cruz. Since Cruz is a pinto, I'm including a photo of each side.

An interesting thing about Cruz is that, although his face is completely white, which usually results in two blue eyes, his right eye is brown.

The next two pictures are of another pinto. This one was a stranger to me, but I thought he was pretty. 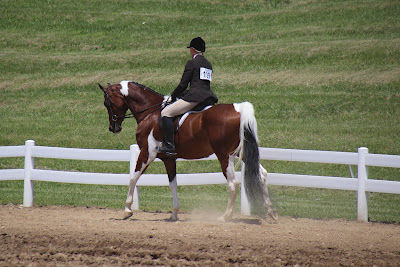 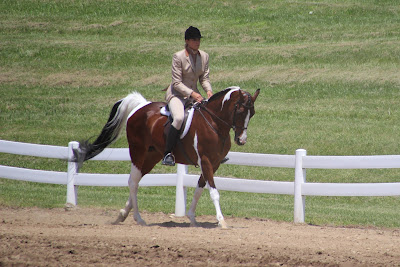 The next horse isn't a pinto; but, in the interest of fairness (and because I really liked this horse), I'm including two photos of it, too. 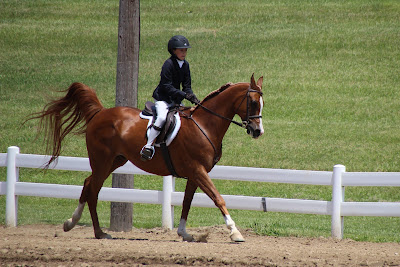 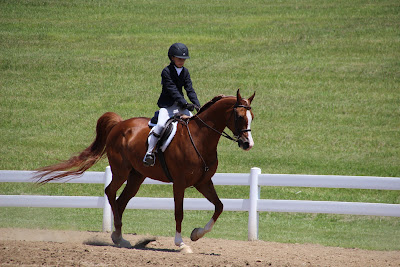 We came across this unusual building today, as we drove through the tiny town of Wren, Ohio (population approximately 200). At first, we thought it was abandoned; but I'm not so sure after looking a little closer. 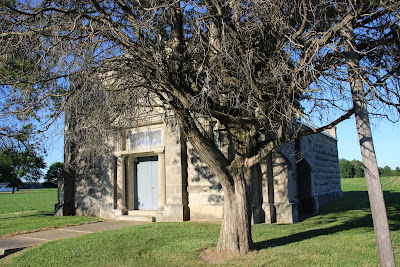 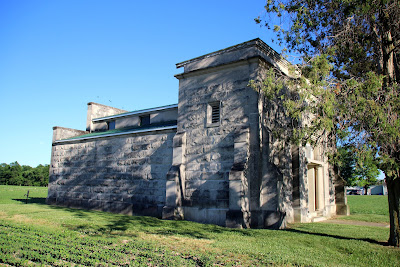 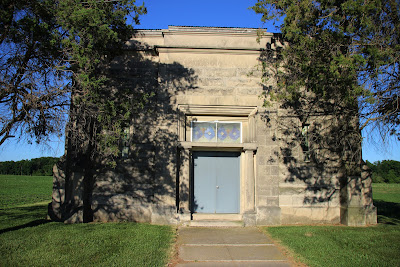 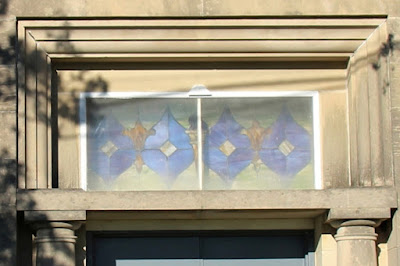 This is the stained glass above the entrance. 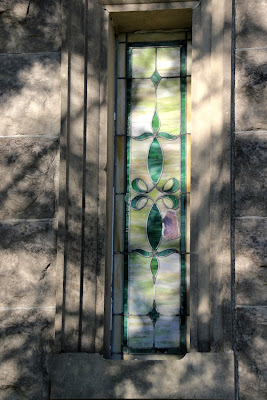 There are two of these stained-glass windows, one on either side of the front entrance.

My great-nephew, Carson, was in a dance recital last Sunday. I may be weird, but I actually enjoy these dance recitals. This one is run quite well. There were 36 dance events, plus the finale; and the whole thing took about two and a half hours, including a short intermission in the middle. The organizers are very good at keeping things moving, and the performances are always entertaining.
Carson performed in three dances. The first was a modern dance with an Arabian Nights theme: 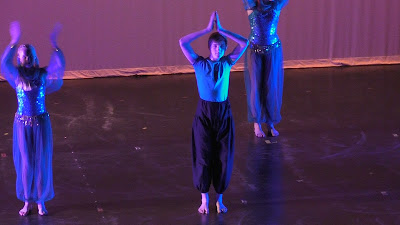 The next was a tap dance, with a NYC theme: 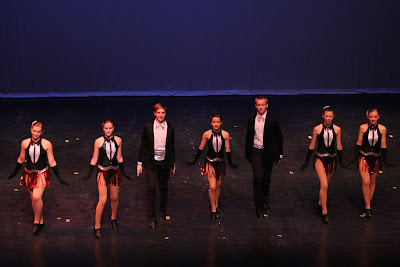 And the third was ballet: 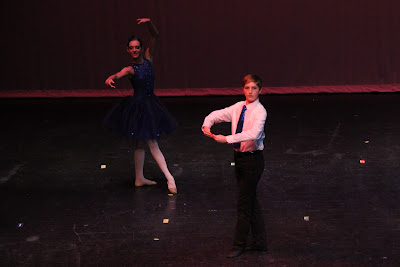 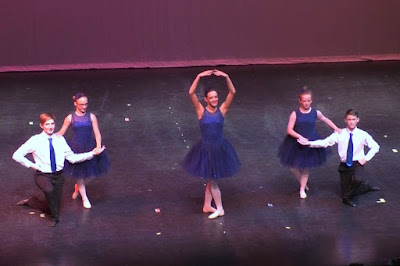 I loved the father/daughter dance: 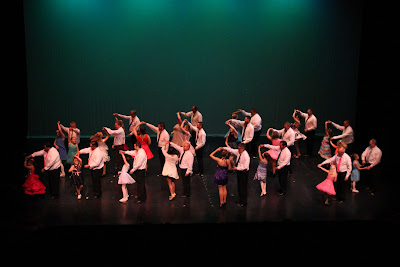 There were pretty and athletic ballerinas, in lovely costumes: 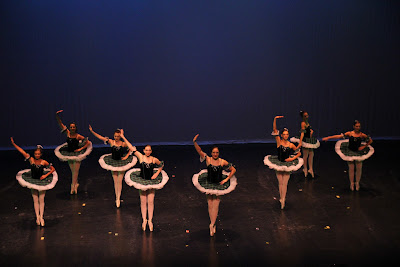 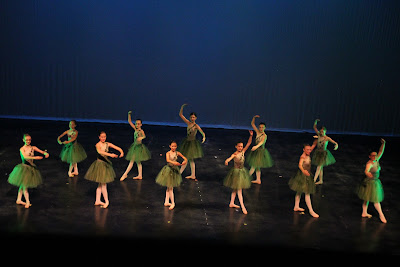 But, perhaps best of all, are the little darlings, just starting their dance careers: 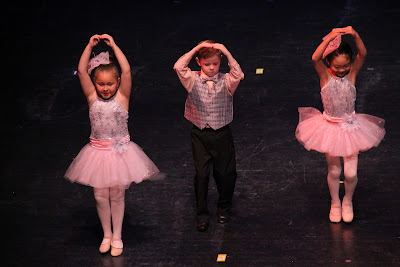 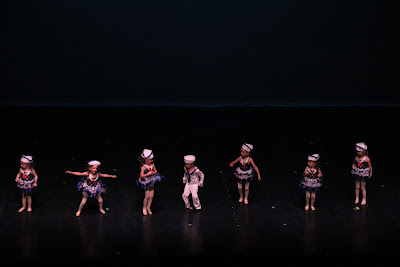