According to the Merriam-Webster online dictionary, the following definitions can be applied to "donuts," which is the Americanized spelling of "doughnuts."

1 : a small usually ring-shaped piece of sweet fried dough
2 : something (such as a mathematical torus) that has a round shape like a doughnut
3 : a controlled skid that sends an automobile into a tight circle of at least 360 degrees —usually used in the phrase "do donuts"

The following YouTube video clip is a demonstration of the third definition, done not by a car, but by an Amish buggy.


I probably wouldn't have shared this clip here except that this occurred in the neighboring small town of Grabill. So this is one of "our" Amish.

Following is a little map of the area where I live. I thought it would give you an idea of how the communities that I sometimes talk about here are situated in relation to each other. 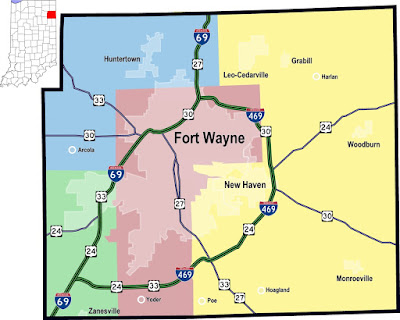 Huntertown (northwest of Fort Wayne) is where I lived when I had the horses. Doug and I currently live in Harlan, northeast of Fort Wayne. Grabill, where the video clip was taken, is about four miles northwest of Harlan. New Haven is where our church is.

Speaking of our church, here is a picture of it: 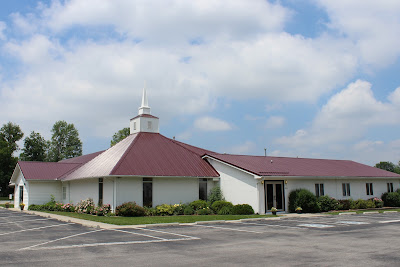 This photo was taken in 2013. A lot of work has been done on the church since then, so I really need to get an updated photo of it.

I hope you've enjoyed this little tour of my home area and that the Amish video clip gave you a chuckle.

There is an unassuming little Italian restaurant in the small town where we attend church. There is nothing about the outside of the eatery that would attract attention, and even the inside is far from elegant. But the food is amazing. The Spaghetti Supreme is our particular favorite.

There are two ladies with whom we sit every week at church. Vicki is a recent widow, and Bonnie's husband has health issues that keep him from getting out much. Bonnie's sister, Kak, lives about an hour and a half away but visits frequently. And, when Kak comes to town, we all get together for a meal at Salvatori's.

Kak was in town last week.


The prices are reasonable, and the portions are huge. Doug and I always split one order and sometimes have some left over to take home. We must have been extra hungry on this night because we cleaned our plates.

After our frigid temperatures, we experienced a spring-like warm-up which turned our beautiful snow into ugly slush. And then came another snow to freshen everything up again and turn our yard into a winter wonderland. 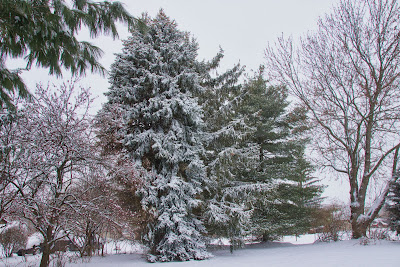 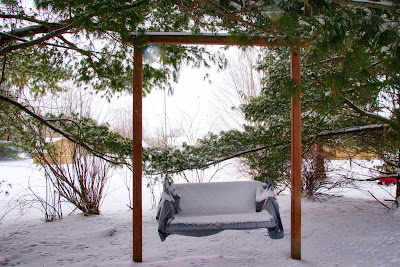 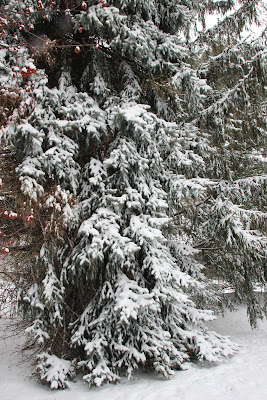 This grave is directly across the road from our house, and we often see the family changing the decorations with the changing seasons. The snow adds a nice touch.
Posted by Linda at To Behold The Beauty at 10:29 PM 18 comments:

Although Doug and I are perfectly content to stay home during these cold days, there are times when going out can't be avoided. When we ventured out to run some errands on Saturday, we were rewarded with a lovely winter sunset. 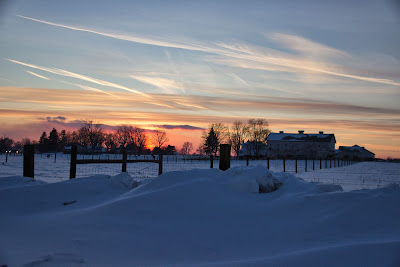 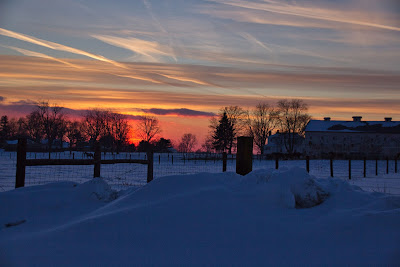 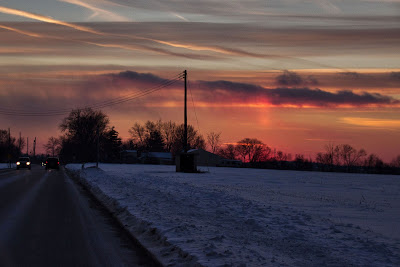 We're currently experiencing a bit of a warm-up, for which we're grateful. But, at this time of year, we know it's only a temporary reprieve.

Email ThisBlogThis!Share to TwitterShare to FacebookShare to Pinterest
Labels: Sunrise/Sunset

Of course, Doug always wants to do something special for my birthday. I'm usually the one who doesn't want to go out in the cold and would prefer to just stay home and maybe watch a movie or something. That was the plan for this year until my dear friend, Sandy, sent me an e-card with an invitation to go out for supper that night with her and Jim, then come back to their house for cake.

She said the magic word: cake. It was worth going out into the cold for Sandy's chocolate sheet cake.


Jim and Sandy have a history of celebrating my birthday with dinner followed by chocolate cake and ice cream. Sometimes the dinner is home-cooked in Sandy's kitchen. Sometimes it's shared with her kids or grandkids. Always, it's shared with love. Sandy and Jim are special friends, whose friendship I've enjoyed for some 40 years now. I think it's going to last.