October 8, 2018, we awoke to blowing snow in Green River, Wyoming, seriously limiting visibility. We had booked our room at the Hampton Inn for two nights because we had anticipated going on a wild horse tour on this day. However, the man who I had hoped could take us on that tour wasn't able to do so. That meant that we were looking at a day in Green River with no plans.

We called the motel we had booked for the next night, in Vernal, Utah; and they could take us a day early. So we checked out of the Hampton Inn, then went to the Green River visitor center right across the street from the hotel. The very nice lady there told us that the first two miles of the wild horse loop road were suitable for our vehicle and that we could turn around at any time. She also said that we would probably see horses in that stretch. She even suggested some scenic things to see between Green River and Vernal.

The wild horse loop road began just past our hotel, and we saw a small herd of 11 horses at the very beginning of the gravel road. We continued on up the road and were rewarded with a sighting of two more horses near the road. We turned around after that and returned to Green River to get some lunch before starting the trip to Vernal, Utah.

I had so many pictures that I wanted to include in this post that I decided to put some of them into collages. If you'd like to see the individual photos, though, just click here to view the album which contains all the photos.

The first part of Highway 530, between Green River and Vernal, Utah, traveled through very arid and somewhat boring terrain. Driving makes us both tired without some good views. We stopped at a scenic overlook on a side road to the Lucerne Marina and took a nap. After our rest, we drove on to the Marina, seeing some Pronghorn antelope right beside the road and seemingly very unconcerned about us. 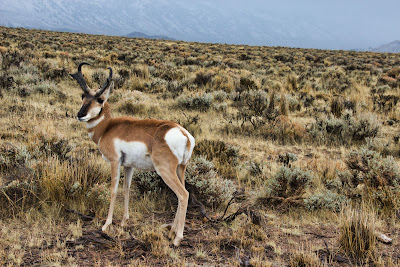 At the recommendation of the woman at the Green River visitor center, we turned off onto the Sheep Creek Geological Loop. The scenery on that 13-mile loop was spectacular. The snow was heavy there, and the aspen were still showing off their yellow leaves, enhanced by all the evergreens in the area.

I've again used a collage to bundle several pictures together. This was such a stunningly beautiful side trip. 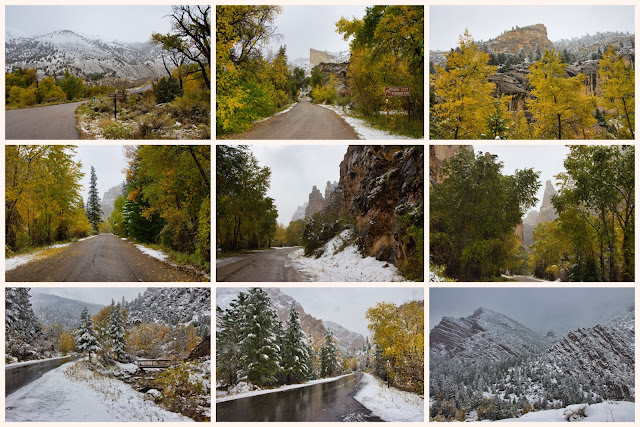 By the time we topped out at about 9,000 feet of elevation, the snow was about six inches deep. 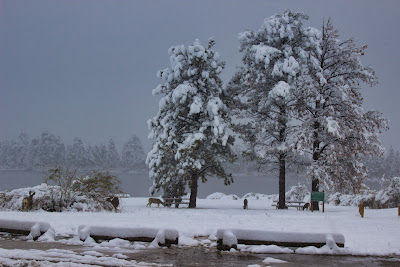 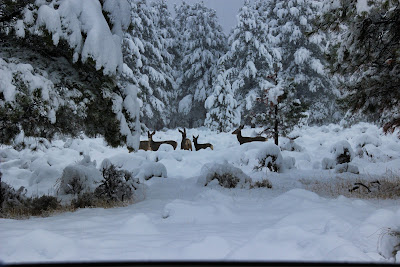 Next stop was the flaming gorge dam, where we were finally out of the snow.

And here is one final picture for this day. It's a scene we encountered between the dam and our destination for the night.

We were so grateful for the tips given to us by the woman at the Green River visitor center. We would probably not have tried to see the wild horses on our own, and I doubt very much that we would have taken the trip through Sheep Creek Canyon without the advance information that she had provided.