A Day Out with Friends (And A New Camera)

I bought the new camera last Thursday night and took it with me the next day on an outing with our friends, Terry and Diane, totally without having time to get more than minimally familiar with the camera.

Our first stop was the Marion National Cemetery. Terry and Doug are both veterans, so both couples are eligible for burial in a National Cemetery. Doug and I had visited the Fort Custer National Cemetery on Memorial Day, just to see what it was like. Now we were visiting this one, a little closer to where we now live. 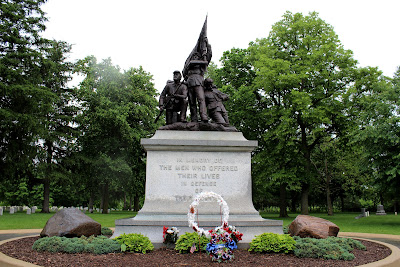 A Monument in the Marion National Cemetery 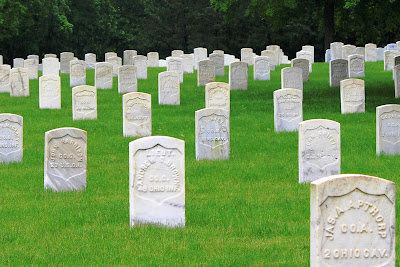 These are some of the markers in what appeared to be an older section of the cemetery.


After visiting the cemetery, we went to Kokomo, Indiana, where Terry needed to pick up an item he had ordered from the Menard's store there. None of us had more than a passing acquaintance with Kokomo, but we found it to be an interesting place. 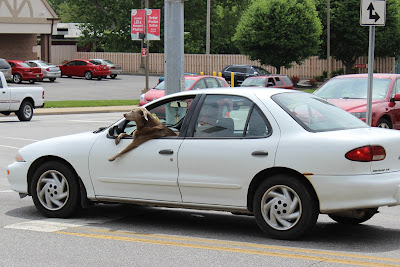 Doug spotted this dog in the driver's seat at one of the intersections. 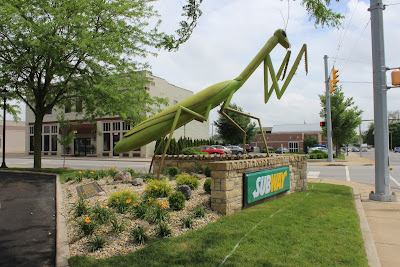 A plaque identified this gigantic Praying Mantis as "Kokomantis." 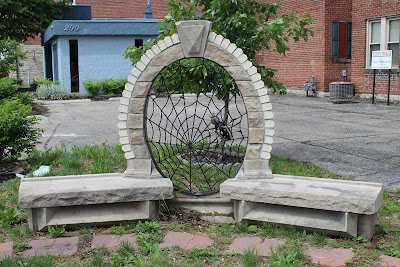 Not far from Kokomantis was this spider in a web. That must be Little Miss Muffett's bench. 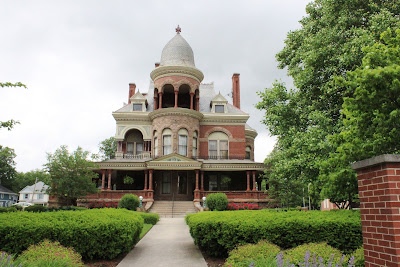 The Sieberling Mansion in Kokomo is the home of the Howard County Historical Museum.


After touring Kokomo and having supper there at the Whiskey Creek Wood Fire Grill, we drove to Upland, Indiana for ice cream treats at Ivanhoe's. 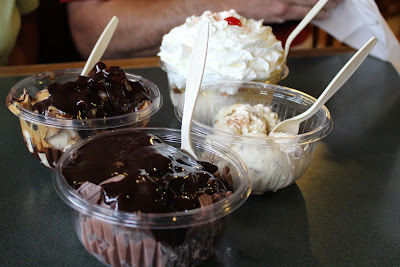 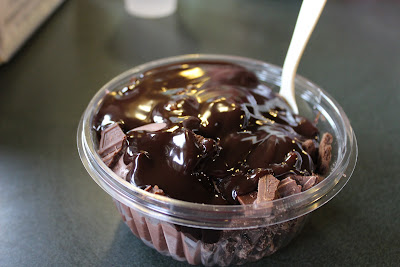 This is the Chocoholics Anonymous sundae, my favorite. It has chocolate ice cream, chocolate cookie pieces, chocolate candy bar pieces; and then it's all covered with a layer of hot fudge. 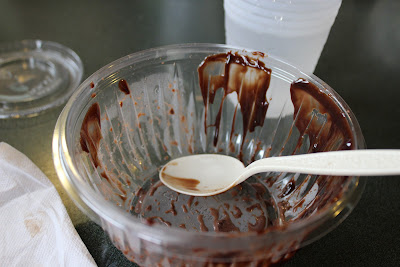 And I ate the whole thing! 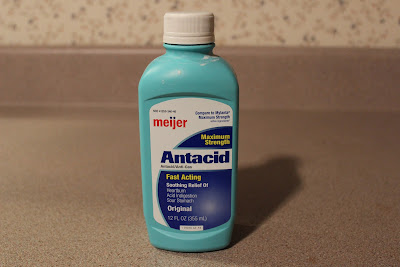 Doug got this out for me when we returned home. (But I didn't need it.)