Our final destination on our recent trip west was Yosemite National Park in California. Unfortunately, it appeared that we had used up all our allotted sunshine before we reached Yosemite. It was overcast and drizzling the day we arrived. But Yosemite is a beautiful place in any kind of weather. 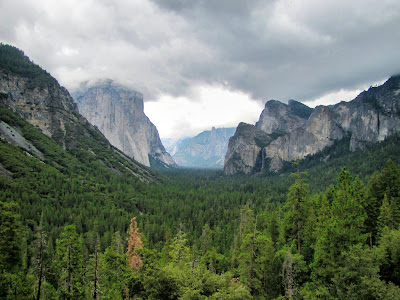 The above picture was taken at Tunnel View, so called because it's the view that awaits park visitors as they exit the Wawona Tunnel when entering Yosemite from the south. If you look closely, you can see Bridalveil Falls a little to the right of center in the photograph.

There wasn't a lot of water flowing over the falls on the day of our arrival. However, it rained that night. Things looked a little different the next day. 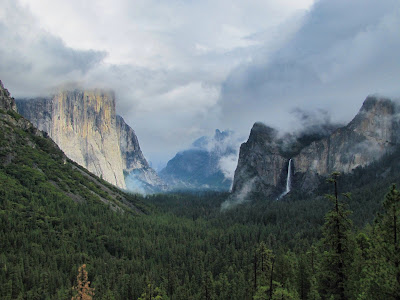 This is basically the same view as above, but with more water flowing over Bridalveil Falls. 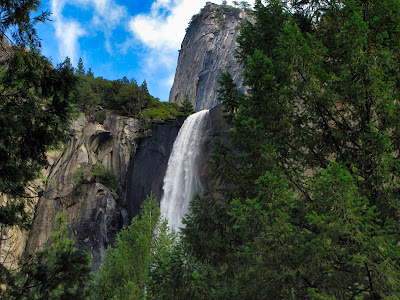 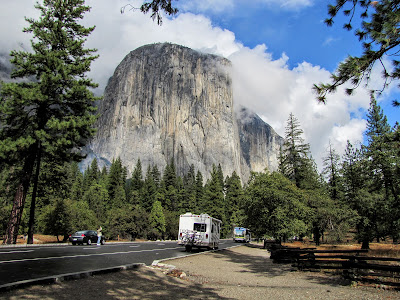 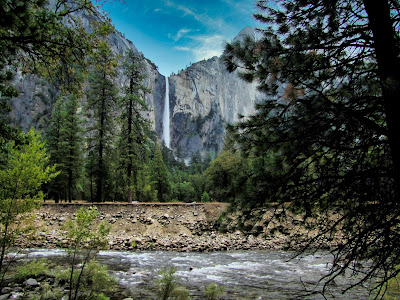 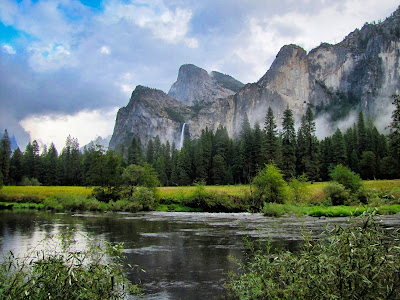 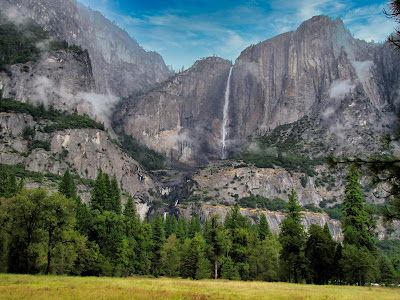 On our first day in the park, there was very little water coming over Yosemite Falls. The above picture was taken on our second day, after a good rain. My nephew and his family were out there in the early summer, though, and the flow of water at that time was just awesome. The best time to go, to see Yosemite Falls at its finest, is late spring or early summer.

There is so much more to see at Yosemite than we were able to see on this trip. Several inches of snow fell in the upper elevations while we were there, closing Glacier Point Road and Tioga Road. So our visit was limited to the valley. But the valley alone is worth a visit to this national park.