Bryce Canyon has to be seen to be believed. It is one of five national parks in Utah, and we visited it during our recent trip out West. I can't imagine that there's any other place like it on earth. We stopped at every scenic view and took way too many pictures. Don't worry. I won't try to show you all of them. 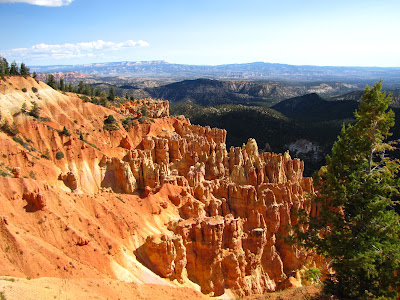 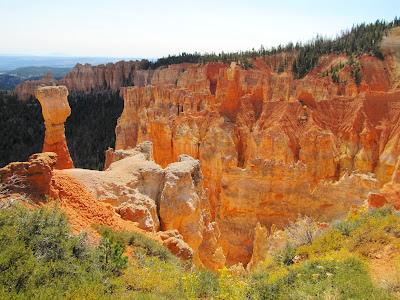 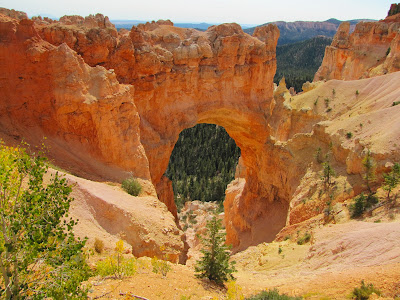 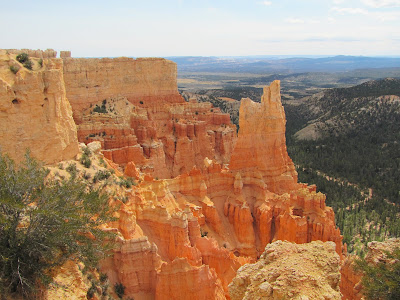 The temperatures were much more tolerable during our visit to this park than they had been elsewhere in Utah, partly because of the higher elevation of Bryce Canyon, but mostly because we had some cloud cover to protect us from that intense Utah sun.

We came to the next viewing area on our uphill climb, and I was sure that had to be Upper Inspiration Point. But it wasn't. There was one that was higher yet. Now, don't you think that sign should have said there was a Lower, a Middle, and an Upper? A person likes to know what to expect before he (she) embarks on a trail like this.

I was struggling for air, but I had to keep going because my niece, Beckie, had done this hike earlier this year. I couldn't let that young whippersnapper show me up. So she probably deserves some of the credit for my making it to the goal. And I have to say...the view was worth it. The following photos were taken at Upper Inspiration Point. 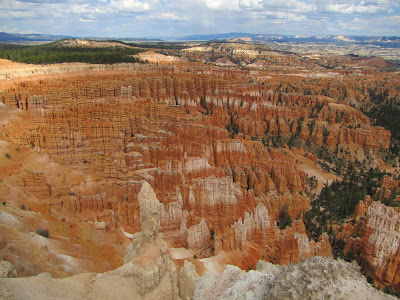 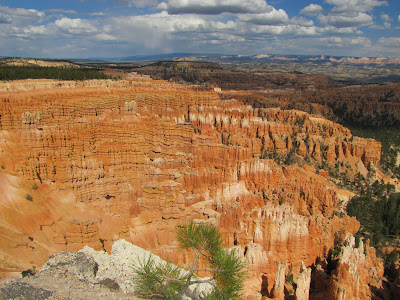 We wrapped up our tour at Fairyland Point, which is down a short paved road between the main highway and the Visitor Center. Park literature said that a short hike from that point would take you right out among the hoodoos. We had planned to do it, but the hike didn't look short; and the sign at the beginning of it said that it was steep and had loose rocks and that boots were recommended. 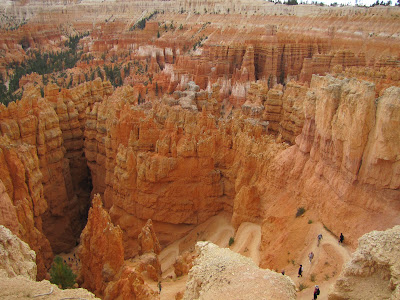 View from Fairyland Point. If you look closely, you can see hikers down among the hoodoos.

We walked just a few feet down the path, but it made me very nervous. It was narrow and sloped a bit down toward the canyon. I turned around and returned to the car. Doug walked on down a little further, but it was too much for him, too. Besides, a few drops of rain were falling, and that trail would have become slicker than nasal discharge if it had gotten wet. 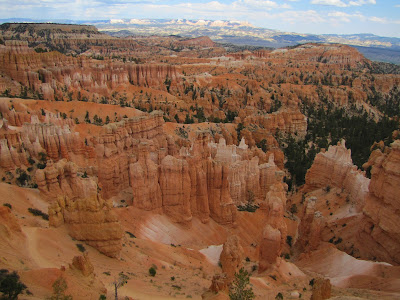 These photos do not do justice to the awesome beauty of this national park. If you ever have the opportunity to see it for yourself, you really should do it.