One of the first things we did on our September 25th visit to the Needles district of Canyonlands National Park in Utah was to take a short hike on the Cave Spring Trail.


Doug and I both enjoy stories of the Old West, and we have read almost every book written by Louis L'Amour. We knew we had to take this hike when we saw that there was, not only a spring, but an old cowboy camp on this trail.


Canyonlands was extremely remote when livestock were first brought into the area around 1890. Just to get to the pastures often required a ride of two or three days, and cowboys frequently had to stay in the backcountry with the herd for months at a time. To make life a little more pleasant for the cowboys a series of camps were established throughout the area; and, in the Needles District, the Cave Spring Camp was one of the most important. The camp is still largely intact and  offers a fascinating insight into what a cowboy’s life was like in the early 1900s.


The trail took us around a large rock formation that was narrower at the bottom than at the top, resulting in a large overhang, with alcoves underneath that created cave-like spaces. It was sort of like walking under a large mushroom. 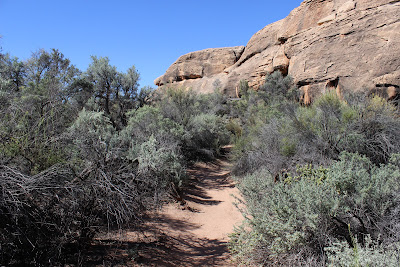 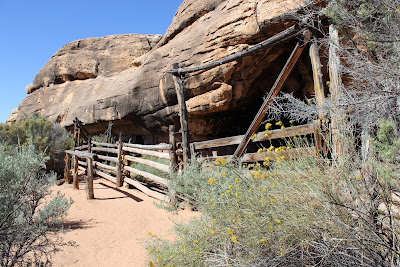 Outside of the Cowboy Camp 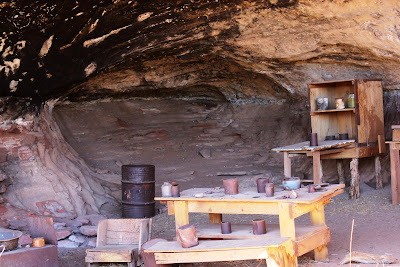 Part of the inside of the camp 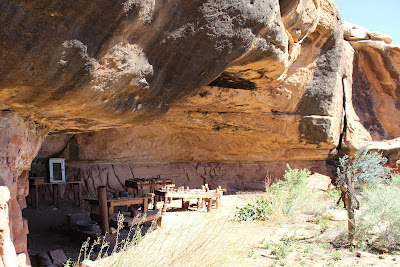 This picture shows the large overhang sheltering the camp. 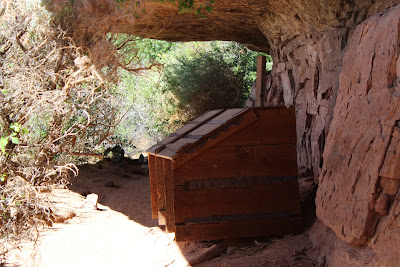 This grain bin was situated near the cowboy camp; and there was actually grain in it.
I half expected a rat to scurry out of it when we lifted the lid. Thankfully, that didn't happen! 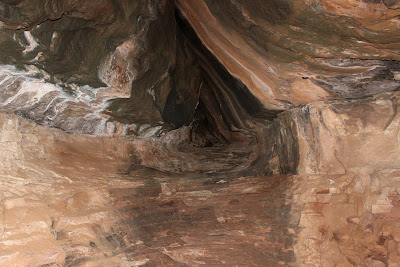 Looking back toward another small cave. 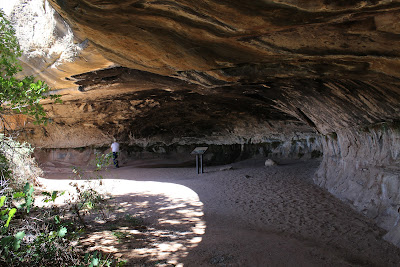 Cave Spring is one of the area's few year-round water sources. 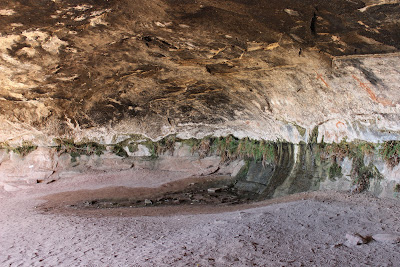 When we were there, it looked more like a seep than a spring.
Ferns grew on the rock wall above the spring. 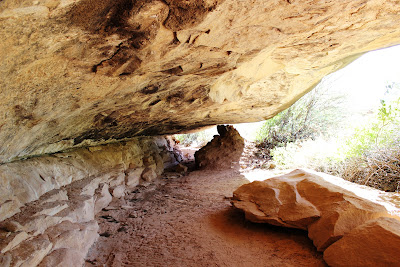 This picture again shows part of that large rock overhang.
(It made for pleasant walking as it provided shade from the hot sun.)


Past Cave Spring, two ladders ascend to the slickrock above, providing panoramic views of canyon scenery. Doug climbed the first ladder, just to look around; but we decided to return to our car by the way we had come. 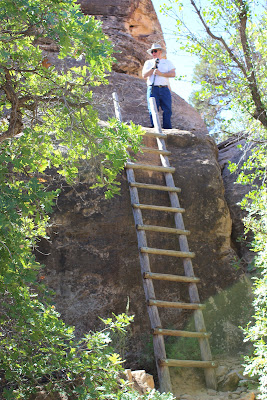 Doug at the top of the first ladder.