These photos are again from our visit to the Needles District of Canyonlands National Park in Utah, on September 25, 2013. 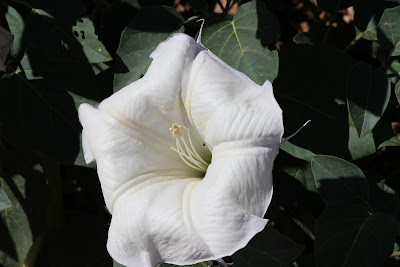 We spotted this Moonflower shortly after leaving the Cave Spring area. 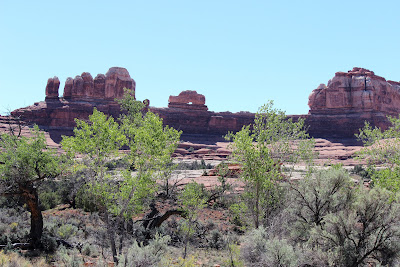 We also saw this interesting rock formation in the distance. 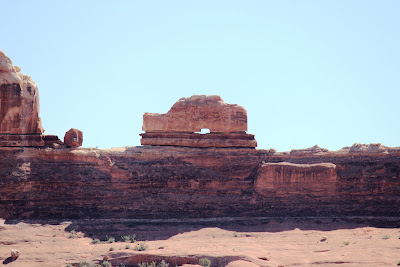 Later, we came upon a sign telling us that the rock formation is known as Wooden Shoe Arch.

This is a section of the Needles that are visible from Elephant Hill Spur Road. 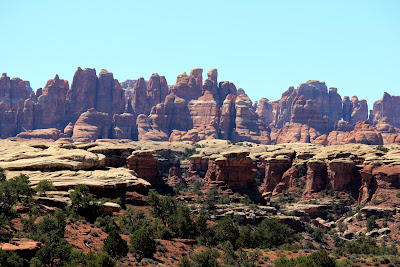 Here's a little closer look at one section of the panorama shot above.


We almost drove right past that Needles overlook on Elephant Hill Spur Road, without taking any pictures, because the Needles were so far away. We thought we'd just wait until we had closer views. But, the old adage of "a bird in the hand..." came to mind so we stopped for a few shots. As it turned out, that was the only time we saw the Needles for which this section of Canyonlands is named. Apparently, other views are possible only by long hikes or off-road vehicles.
The next three photos were also taken along the Elephant Hill Spur Road: 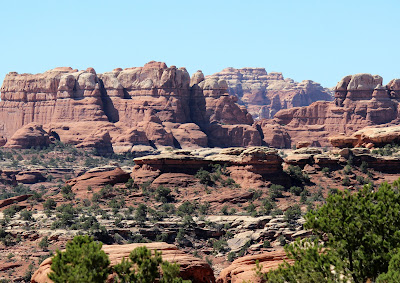 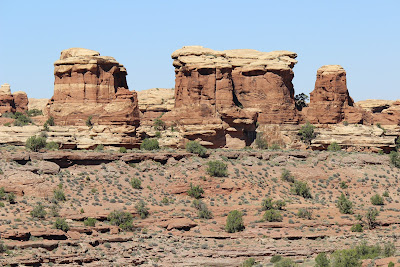 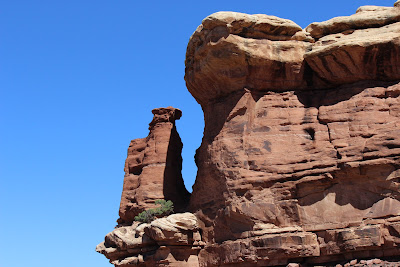 And the final four photos were shot near where the road ended at Big Spring Canyon Overlook: 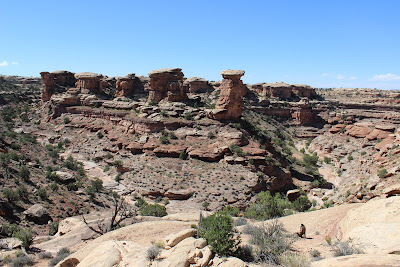 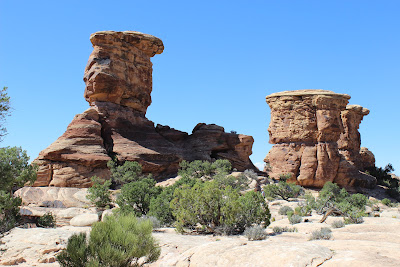 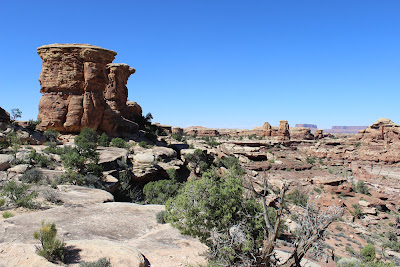 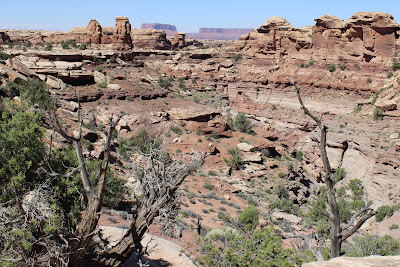 We enjoyed this part of Canyonlands National Park, but we were disappointed in not being able to see some of the beautiful places pictured on the promotional information. When I asked at the Visitor Center, they told me that many of those features can be viewed only after lengthy hikes or by off-road vehicles.
Still, we definitely enjoyed the beauty of the landscapes and our hike on Cave Spring trail.
Next up on our Trip West 2013 will be Monument Valley. Stay tuned.