Today's post features more of the interesting and beautiful rock formations from Arches National Park. All photos are from September 24, 2013. 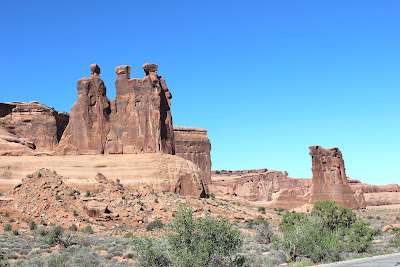 These formations are known as the Three Gossips (left) and Sheep Rock (right). 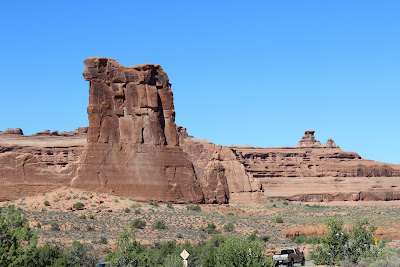 Can you see the sheep formation resting on top of Sheep Rock? A little imagination may be required. 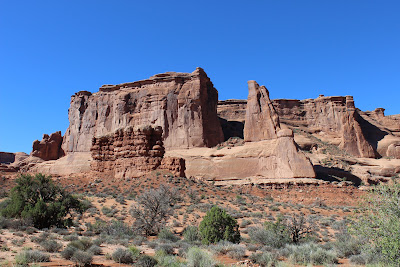 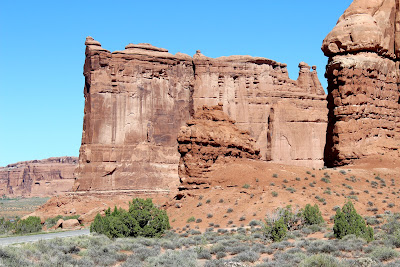 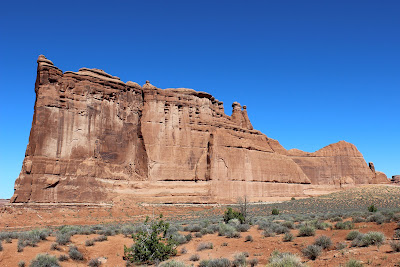 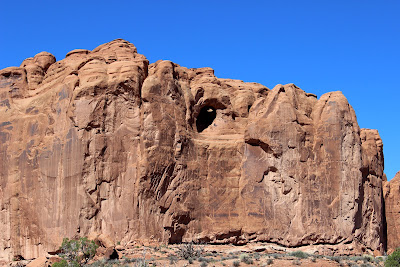 Looks like an arch is forming on the side of this wall of rock. 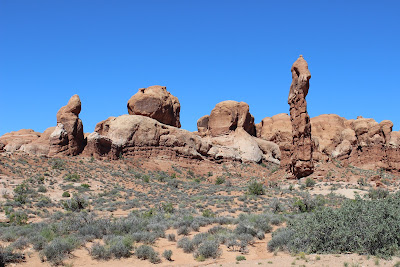 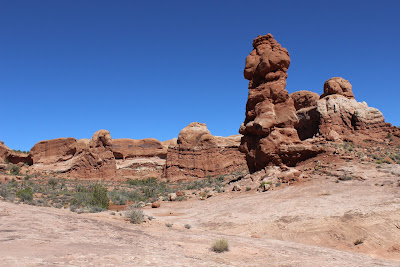 For some reason, this one makes me think of Barney, the purple dinosaur. 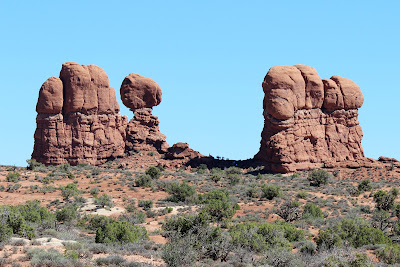 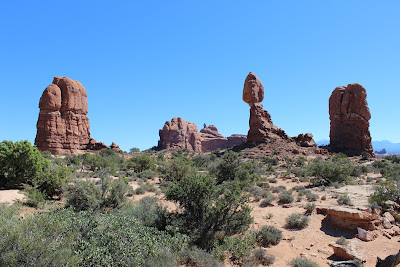 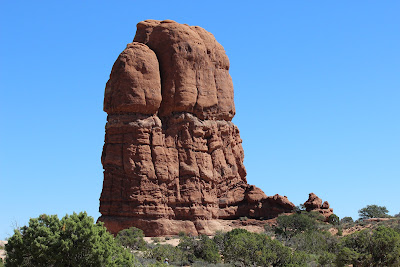 The next post from Arches National Park will include photos of some of the arches for which the park is named.
Posted by Linda at To Behold The Beauty at 7:08 PM