We just returned from spending a week in Florida. The temperatures were in the mid-eighties for most of the time we were there, just cooling down the last couple of days. Tonight, here in Indiana, it's supposed to be about four degrees and wind chills much colder. An eighty-degree drop in temperature in just a few days is a bit of a shock to the system.

While we were in Florida, we had the opportunity to visit Busch Gardens in Tampa. It's a theme park, complete with big roller coasters; but it's also the home of many exotic animals, which was the main draw for us. 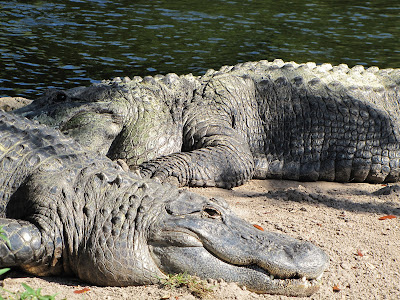 These are just two of the many alligators we saw. 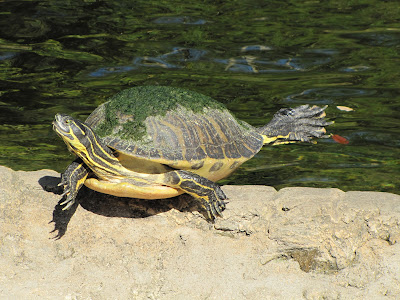 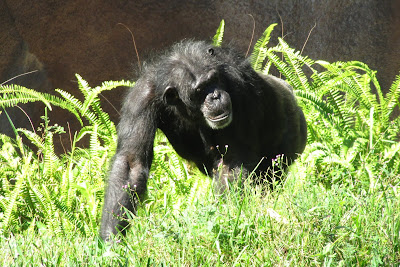 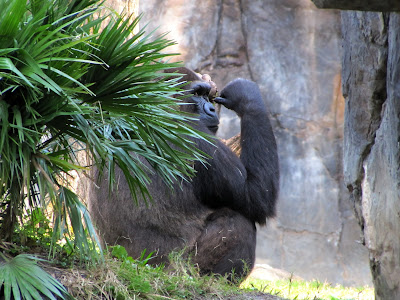 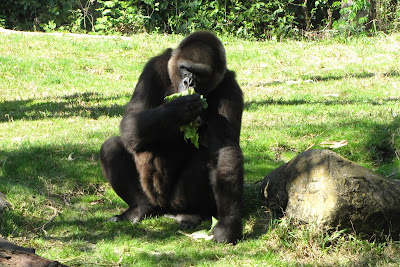 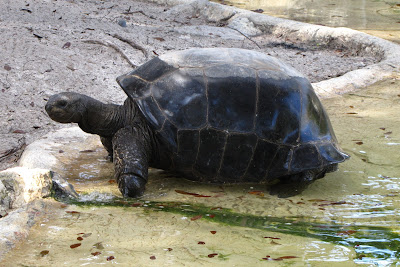 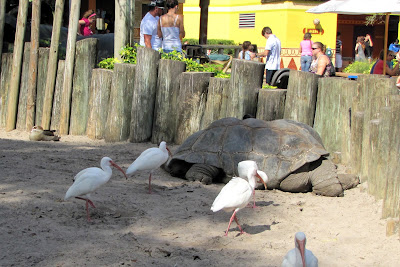 A sign near the Aldabra Tortoises, pictured above, said that they can grow to four feet in length and weigh 550 pounds. It's estimated that they can live over 100 years.
﻿ 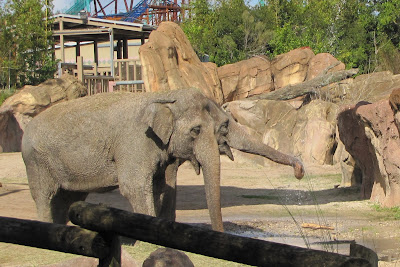 
It's hard to see in the above photo, but one of the elephants was extending its trunk to gather water, from a small waterfall, which it would then transfer to its mouth. Asian elephants are smaller in size than African elephants and have smaller ears. There are other differences, but the ears are a good identifying characteristic.

Busch Gardens is a beautiful place. The animal habitats are well designed, with the intent of making life in captivity as natural as possible for the animals. I'll have more pictures to share in future posts.