It was a hot day when we were at Busch Gardens in Tampa, Florida on January 12th, so we spent a good part of the day riding on the Serengeti Railway, which took us through a section of the park where we could see many different kinds of African animals in natural habitats. 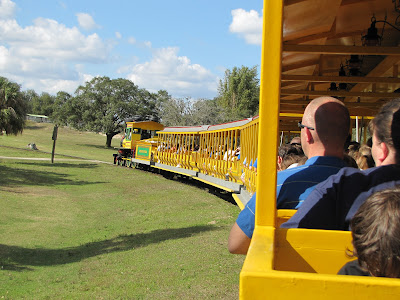 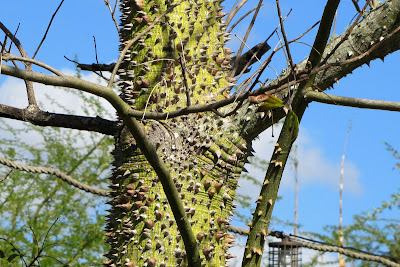 According to what I found on the internet, this prickly tree appears to be a Silk Floss Tree. Such a gentle-sounding name for such a formidable-looking tree. 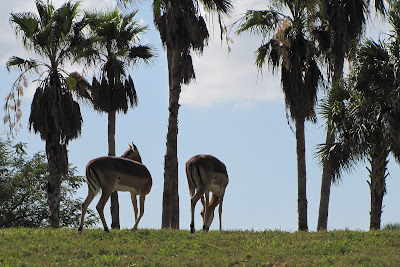 This isn't a great shot, but I liked the way these Impalas were sort of silhouetted against the sky. 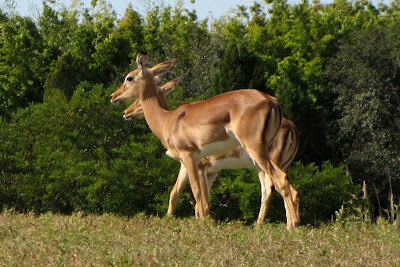 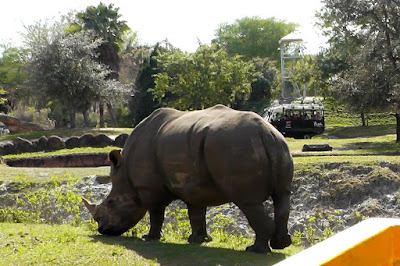 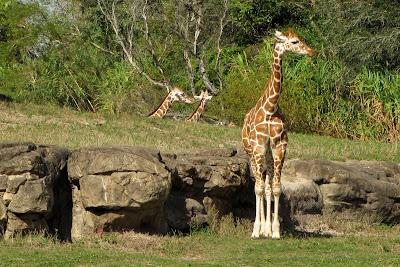 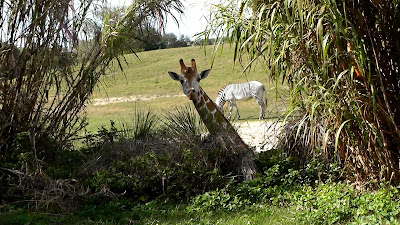 
As usual, Doug was shooting video while I was snapping still shots. I hadn't even seen the giraffe pictured above, but Doug had gotten video of it. When we watched the video later, I thought it was so cute that I took a snapshot off the video to show y'all.

The white rhinoceros photo also came from the video. From where I sat on the train, I couldn't get a clear shot of the animal. But Doug caught it clearly on video. So, in the interest of full disclosure, I have to give credit where credit is due for those two images.

Posted by Linda at To Behold The Beauty at 4:14 PM