Here are pictures of some more of the interesting animals that we had the opportunity to view at Busch Gardens in Tampa, Florida on January 12. 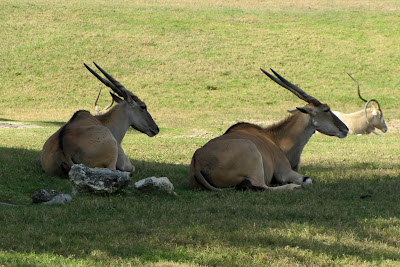 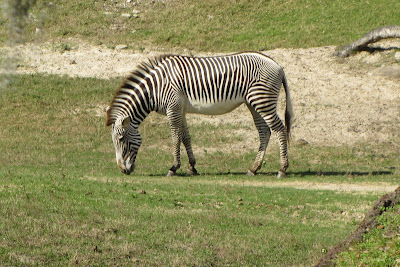 The Grevy's Zebra's stripes don't go all the way around its belly. 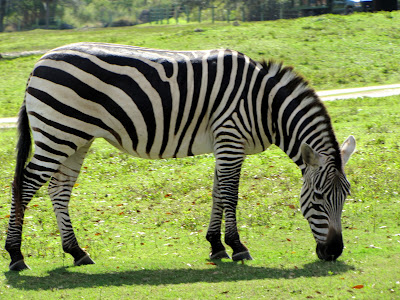 The stripes of the Burchell's Zebra, on the other hand, do extend around the belly. 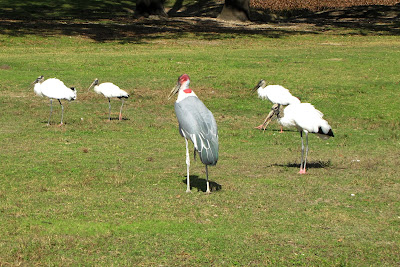 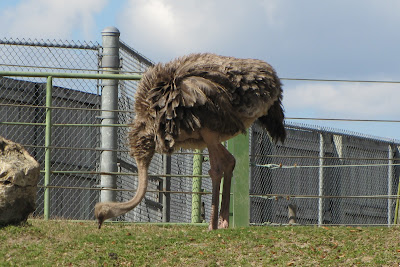 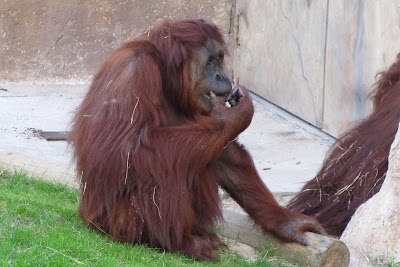 
The Orangutans weren't part of the Serengeti Railway tour. They were in a separate enclosure, and photos of them had to be taken though not-exactly-clean windows. There was another Orangutan up on a platform, provided for their climbing enjoyment. There were ropes running between the raised platforms, giving the animals opportunity to engage in the climbing and swinging activity that they would enjoy in the wild. 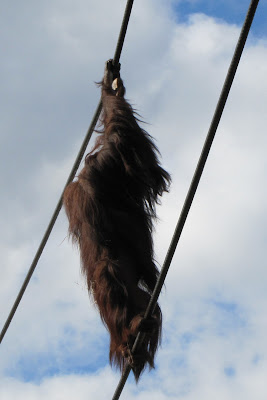 Orangutan moving from one raised platform to another 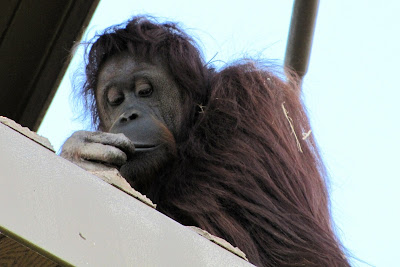 Apparently contemplating his next move

Posted by Linda at To Behold The Beauty at 5:50 PM