Tigers and More, from Busch Gardens

No, I haven't exhausted my store of photos from Busch Gardens yet. But don't despair. Another post or two should suffice. 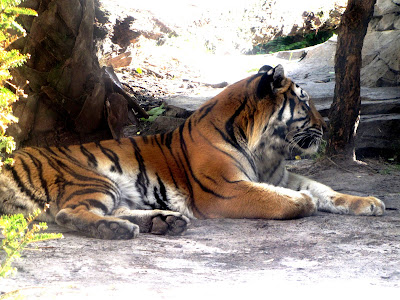 
Tigers are the largest members of the cat family. The average weight of male Bengal Tigers is 488 pounds (221.2 kg). The heaviest known tiger was a huge male killed in 1967 that weighed 857 lb (388.7 kg). This specimen is on exhibition in the Mammals Hall of the Smithsonian Institution. 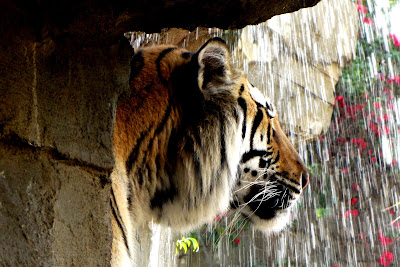 This one was shut out of the main enclosure for some reason. He had just a small walkway with a closed door on one side and an opening under a waterfall on the other side. Here, you can see him looking at the waterfall. 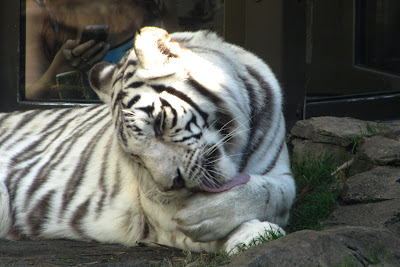 The white tiger is a recessive mutant of the Bengal tiger and tends to be somewhat bigger. The white tiger in the photograph above was in its own enclosure. In the background you can see a small glassed viewing area where one or two people at a time could enter to get close-up views of this magnificent animal. 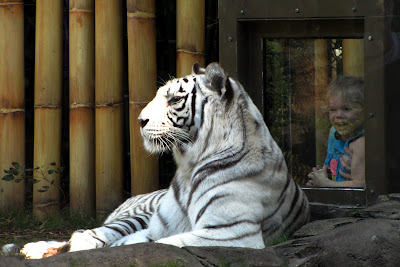 Doesn't this one look as if the tiger is proudly displaying a framed portrait of his little human? 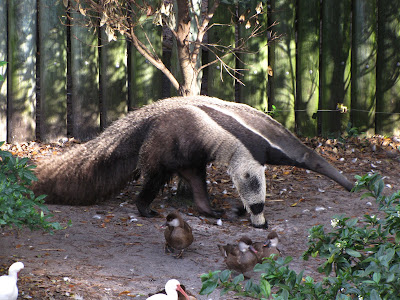 The anteater has such an unusual color pattern. In the above photo, doesn't it look as if it has two heads? 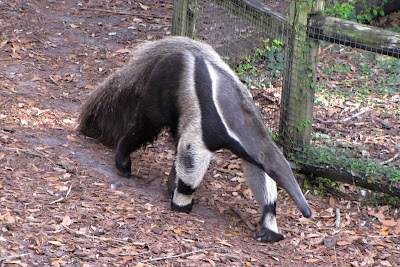 The optical illusion isn't as apparent in this picture. 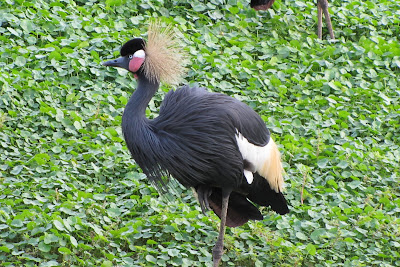 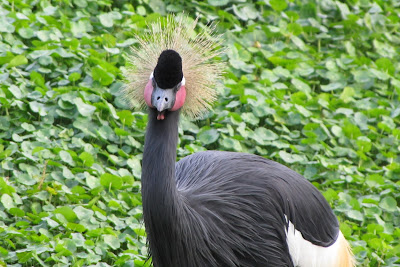 The above two images are of an African Crowned Crane.