In addition to its magnificent beaches and awesome scenery, the Hawaiian island of Oahu is also the home of the Polynesian Cultural Center, which features cultural demonstrations from Hawaii, Samoa, Maori New Zealand (Aotearoa), Fiji, Tahiti, the Marquesas and Tonga. Shows include a parade of canoes, each featuring native attire and dancing from one of those cultures. 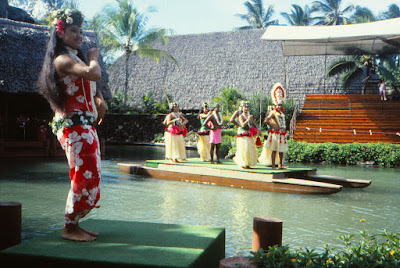 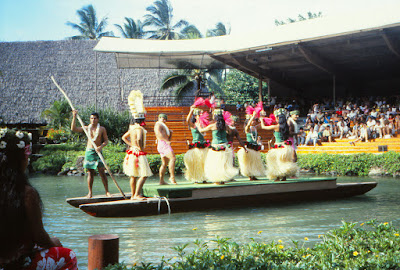 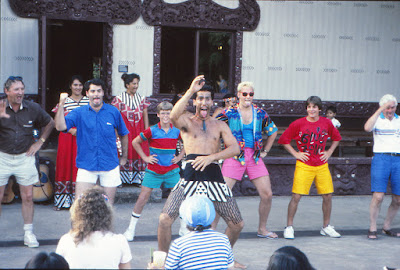 The New Zealand Warrior dance is Doug's absolute favorite. In the above photo, you see several other guys trying to learn the dance. I'm sure it was killing Doug not to be out there with them; but, after all, he was on his honeymoon and didn't want to look like a total idiot. But you can be sure he was absorbing every move and would be trying them out when he thought no one was looking.


Above is a short video, demonstrating that New Zealand Warrior dance. It's more effective when the warriors are wearing war paint, but you can get the idea anyway.


The Polynesian Cultural Center offers a variety of shows and activities. The parade of canoes and the evening show are "must sees" if you're ever on Oahu.

Email ThisBlogThis!Share to TwitterShare to FacebookShare to Pinterest
Labels: Hawaii 1987