After our hike on the Middle Prong Trail, on November 6, we drove the 11-mile loop road through Cades Cove. It was dreary and sprinkling rain, but we wanted to see some of the damage from the big storm that had passed through there the first week of July. With the rain and low light, I didn't get any pictures of the numerous trees blown down by the storm; but Doug caught a shot of a pretty buck with the camcorder. Actually, there were two of them grazing together, but too far apart to get both of them in the same picture. 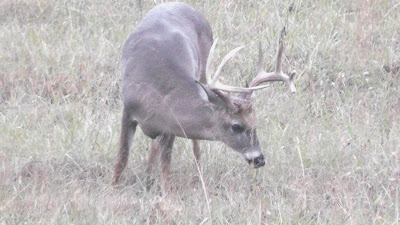 Weather in the Smokies is, as Forrest Gump would say, like a box of chocolates...you never know what you're going to get. We awoke to a cold, rainy day in Pigeon Forge, Tennessee, on November 7th. So we decided to drive up over Newfound Gap and down to Cherokee, North Carolina, hoping to find a little better weather there. As you will see, though, it had to get worse before it got better.
The drive up the mountain took us from rain to fog to snow. 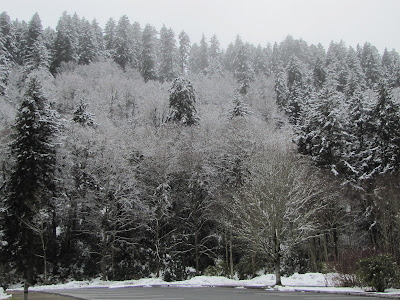 
It was raining again by the time we reached Cherokee. We stopped there for lunch, then drove on over to Bryson City, North Carolina, where there is another section of the Great Smoky Mountains National Park called Deep Creek. The rain had stopped, and the sun was trying to break through by the time we got there.

One of the features of that area is a waterfall hike which leads to three nice waterfalls. We went to only two of them on this visit. 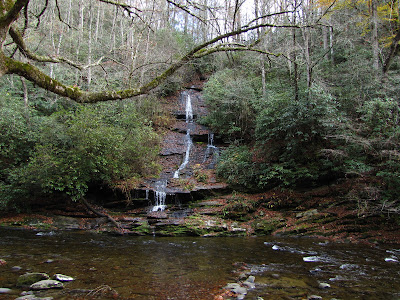 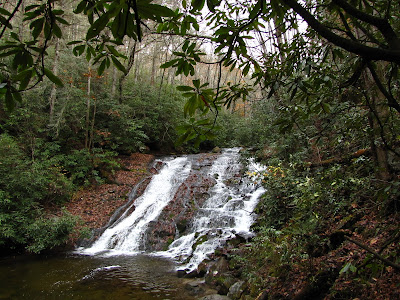 
There was still an abundance of beautiful autumn colors, even at this late date. Following are a couple of examples: 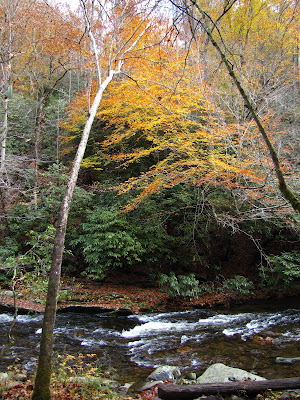 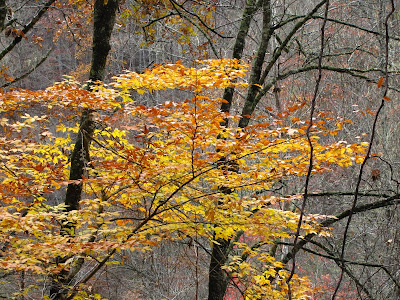