A Drive to Newfound Gap and Clingmans Dome

We had already made plans to spend a week in the Great Smoky Mountains National Park in Tennessee, before we received the plea from our missionary friends to come to Missouri. So we drove 600 miles to Missouri, then 750 miles from there to Tennessee. (It was on the way from Missouri to Tennessee that we encountered the bedbugs.)

Anyway, after the driving trip out west in September and the long drive to and from Missouri, plus the trauma of the bedbugs, it was just nice to spend a relaxing week in the Smokies, one of our very favorite vacation spots.

We timed our visit for after the peak of the fall color season in order to avoid the crowds and the higher rates for lodging. But, although we missed the peak of the colors, there was still enough left to satisfy us.

On Monday, November 5, we drove up Newfound Gap Road, hoping to see some of the three feet of snow reportedly dumped in the high country by Hurricane Sandy. Most of it had melted off by then, but there were mounds of it left by the snowplows, giving park visitors plenty of opportunities to play in the snow. 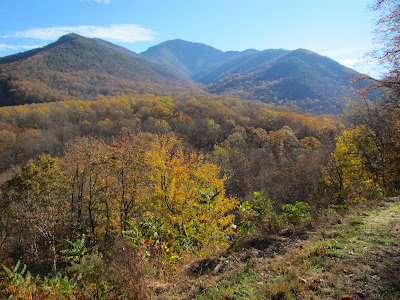 This is the view from Campbell Overlook...one of my favorite views in the Smokies 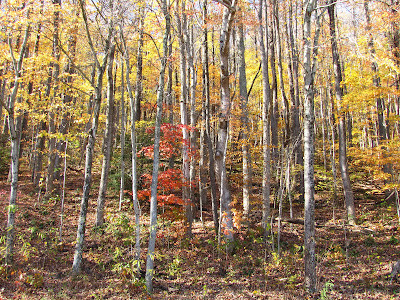 I almost missed this view, across the road from Campbell Overlook.﻿ 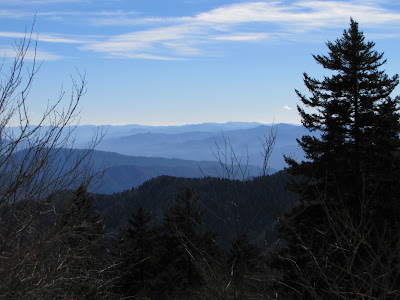 The view from Newfound Gap, on the state line between Tennessee and North Carolina﻿ 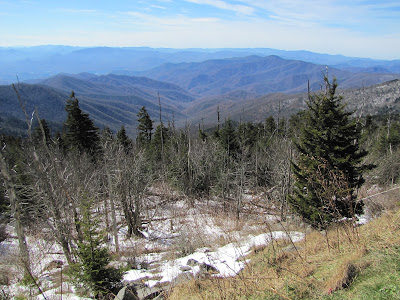 A view from the Clingmans Dome parking area, with snow left over from Hurricane Sandy﻿ 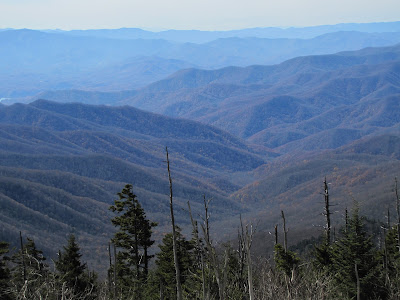 This is basically the same view as the previous picture, but zoomed in more.﻿