We weren't too pleased with our lodging accommodations in Moab this time; so we were glad to leave it behind on the morning of October 13, 2018, after two days there. Our ultimate destination for the day was Blanding, Utah, from which we would travel to Monument Valley for a tour of that area the next day. The route to Blanding passed the entrance to the Needles District of Canyonlands National Park, so we turned in and spent several hours there.

First, though, we had to stop for pictures of Church Rock, a very picturesque rock formation located near the entrance to Canyonlands. If you've been a long-time reader of this blog, you've seen this beautiful rock before. Today, the weather was perfect, and the snow-capped La Sal Mountains provided a beautiful backdrop for the photo.

In Canyonlands, we took a short hike to the Roadside Ruin, pictured below. A sign at the beginning of the trail dates the ruin about 700 years ago and attributes it to ancestral Puebloans. The use of such structures is thought to be for storage or for ceremonial purposes.

Next, we took another short hike on Cave Spring trail. Interesting features along this trail include a Cowboy Camp, tucked under a rock ledge; a small spring, or seep, tucked under another rock ledge a short distance from the Cowboy Camp; and some pictographs on the rock wall near the spring. The trail passed several clumps of prickly pear cactus, which I found interesting, as well.


An interesting rock formation in this part of Canyonlands is Wooden Shoe Arch, pictured in the collage below. 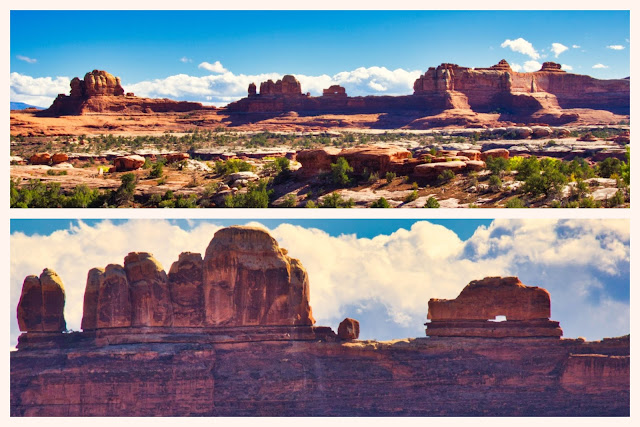 Following are assorted images from a driving tour through this national park: 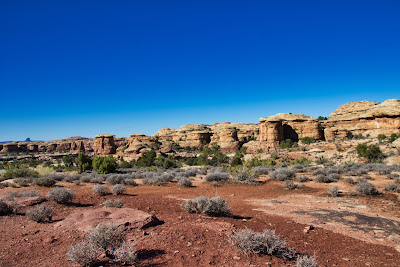 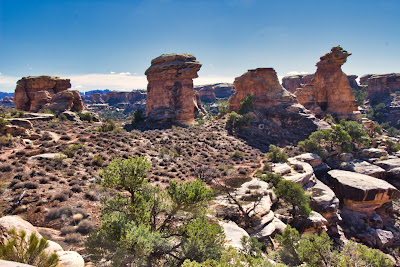 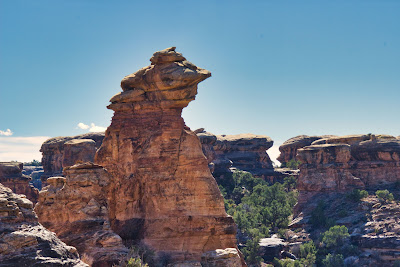 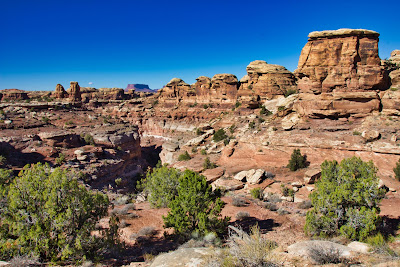 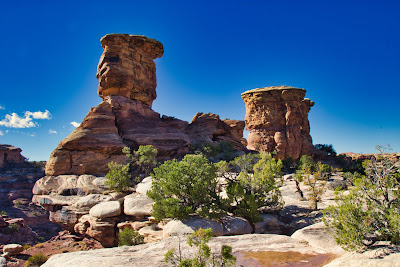 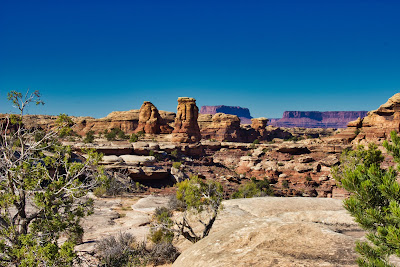 Next up, Monument Valley, with iconic landscapes seen in numerous western films.
Posted by Linda at To Behold The Beauty at 9:11 PM